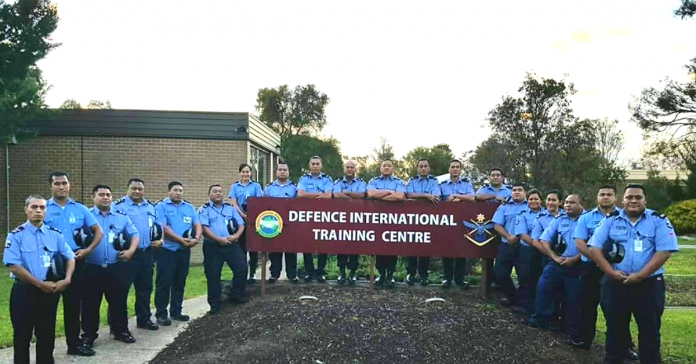 03 July 2019, Apia Samoa. The Samoa Police Maritime crew arrived at the Defence International Training Centre (DITC) located at the RAAF Base in Laverton Victoria last week to go through a series of professional trainings.

The crew will stay for one week in Victoria before going on to Western Australia later this week.

The team will be conducting Australian Defence Force English Language Profile System (ADFELPS) testing which is a requirement before they participate in the Guardian Patrol Boat Conversion Training in Western Australia.

While in Melbourne members of the Samoa Police will take a Mandatory Awareness training, and be introduced to Australian Society and Culture Briefs, Australian History and Indigenous Culture presentation.

The sessions will be taken by presenters from the Australian Navy, Army and RAAF.

After the DITC trainings, the crew will relocate to Western Australia on the 05th of July to start Conversion Training with Austal.