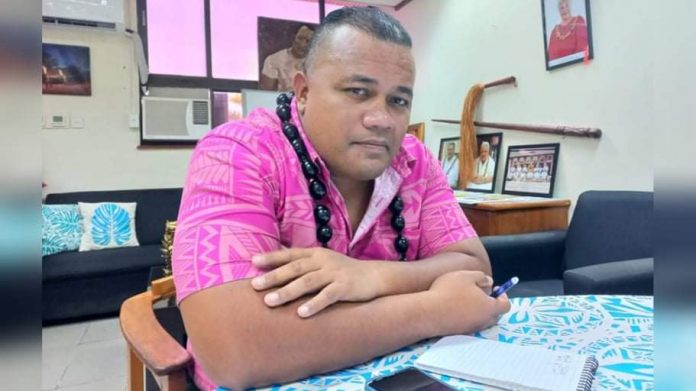 14 February 2022, Apia Samoa. The Chief Executive Officer of Samoa’s Tourism Authority,  has engaged a lawyer in relation to damaging allegations against him in letters which he says had coincidentally been delivered to two Ministers on the same day applications for his position closed.

Faamatuainu Lenatai Sala Suifua said he was surprised to learn from media questions emailed to him on Saturday, that letters of complaint by STA staff against him had been delivered to the Minister of Public Enterprise Leatinuu Faumuina Wayne Sooialo, as well as his own Minister of Tourism Toeolesulusulu Cedric Schuster.

Addressing the media this morning, Faamatuainu said he had not yet seen a copy of the said letter(s), and the information he has about the allegations, are through questions from journalists who have copies.

“This all comes as a surprise to me, especially since no one has raised any concerns directly with me,” said Faamatuainu. “To me, it was quite a coincidence, because it seems the letter was delivered last Friday, on the same day applications for my post were due..” Faamatuainu says, if there were so many allegations and grievances, why weren’t they raised or submitted earlier.

The STA CEO, also the Acting Chairperson of the Pacific Tourism Organisation (SPTO) told local media he did not want to respond via email, but would rather meet them face to face.

“I was hoping that by the time we meet today, I would have had a chance to sight the letter containing these allegations you have raised,” Faamatuainu told members of the media. “But I can’t say anything at the moment, because I haven’t seen the letter”.

Faamatuainu confirmed he has sought legal advice to ensure he is protected. “I have served diligently for many years, and this can unfairly taint that reputation which I’ve worked hard to build up over the years.”

During the press conference, Faamatuainu was surprised to learn that there was not just one, but multiple letters received by the two Ministers. According to Talamua Online News and Radio Samoa media, the Minster of Tourism has five letters and the Minister of Public Enterprises has four letters, although they may be the same letters, copying each Minister.

Talamua Online News and Radio Samoa have reported the allegations to be linked to claims that Faamatuainu uses abusive language towards staff, and had threatened to terminate employees for their political affiliations and support. The accusers also allege Faamatuainu takes STA property for personal use.

Faamatuainu said he would call the media for a follow-up press conference when he receives the alleged letters of complaint, and be in a better position to respond.

Faamatuainu was appointed CEO of Samoa Tourism Authority in June 2019, taking over the role just as the industry entered a period of unprecedented challenges. He has since led the implementation of programs to encourage domestic tourism, and create jobs for hundreds of those affected in both Upolu and Savaii by the Covid-19 border lockdowns which for Samoa, came immediately after the impacts of the 2019 measles outbreak.

In earlier interviews, Faamatuainu has always reiterated the important role of tourism as the backbone of economic growth and development for Pacific economies, stating the need to focus on working together.

“Tourism is a key pillar for Pacific Island economies, so close collaboration with all stakeholders is needed for the success of the tourism industry”.

“Tourism has been a key driver of business development opportunities that the private sector and many in the community and informal sector can benefit from..”

Faamatuainu believes that when international travel eventually restarts, opportunities will gradually open up again for Samoa, “and we hope through the strategic efforts of governments and all stakeholders, as well as ongoing support from our development partners to then move forward to rebuild and recover.”

Faamatuainu started his public service career in 2003 as the Planning and Development Officer at the Samoa Tourism Authority. He had a stint with the Ministry of Environment as Project Manager under its Climate Change Programme before returning to STA. In December 2021 the SPTO announced its 21 regional members had appointed Faamatuainu Suifua to Act as Chair after the resignation of Mr Halatoa Fua.