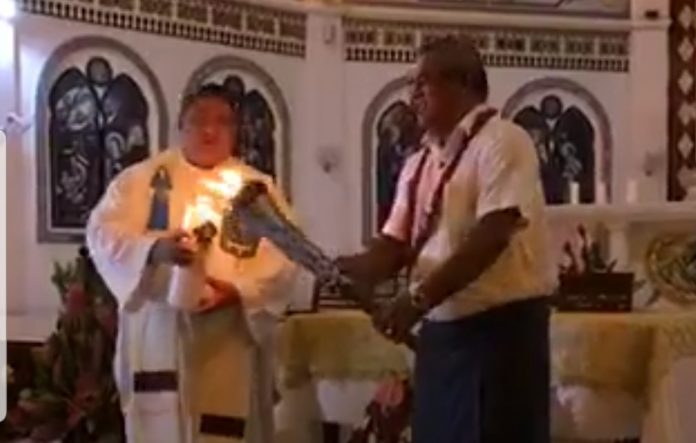 24 June 2019, Apia Samoa. An official ceremony to launch the Torch Relay for Samoa 2019 XVI Pacific Games was held early this morning at the Immaculate Conception Cathedral in Mulivai.

A mass was held to bless the torch relay baton before it was lit with a candle inside the church.

Honorable Minister of Education, Sports and Culture, Loau Solamalemalo Keneti Sio held up the torch baton as it was being lit by the officiating priest inside the Catholic cathedral.

The baton for this years Pacific Games torch relay has been decorated with traditional Samoan designs for the female tattoo or “malu”.  Malu means to shelter and refers to the role of a woman to protect and nurture her family and culture.

The Minister of Sports then walked the baton outside the cathedral and those who braved the 6am start were able to get a photo opportunity before the Pacific Games torch begins its journey around Samoa. 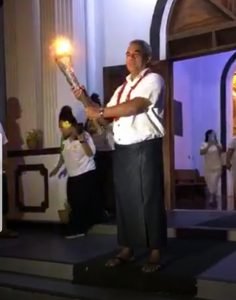 The torch relay will return to Apia Park in time for the Opening Ceremony in 13 days, on Sunday 7th July 2019.