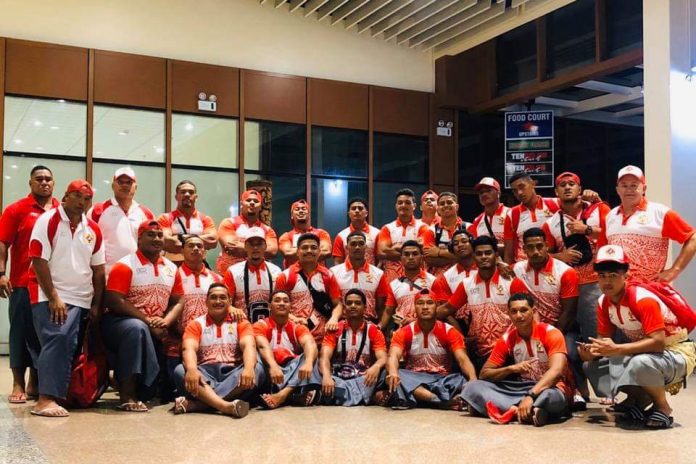 The Tonga Rugby Union U20s have arrived in Apia for the #OceaniaU20s Trophy to be played at the Apia Park Stadium this Saturday 22 Feb at 4pm.

The one-off test match determines who qualifies for the 2020 World Rugby U20s Trophy later this year.

The Manu Samoa U20s will be looking to win the game this Saturday against Tonga to qualify for the World Rugby U20s Trophy in Spain.

Samoa would want to redeem the back to back losses to Tonga at the ACP Stadium this time last year, which led to the Manu U20s loosing their WR U20s spot in 2019.

Being only the second time for the tournament to be held in Samoa, the Oceania Rugby U20s Trophy returns following the last Trophy being contested in December 2018.

Samoa would want to redeem the back to back losses to Tonga at the ACP Stadium in 2019, which led to the Manu U20s loosing their WR U20s spot in 2019.

Oceania Rugby Competitions Manager Wayne Schuster said that the WR U20s Trophy is key in bridging the gap between schoolboy’s rugby and senior international XV as an important pathway for Oceania Rugby.