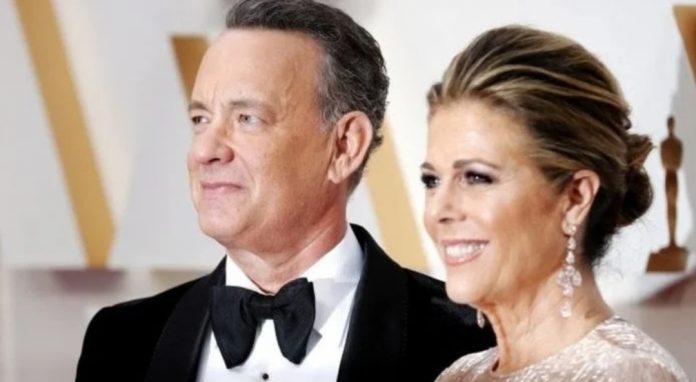 Oscar-winning actor Tom Hanks has revealed that he and wife Rita Wilson have tested positive for coronavirus while filming in Australia’s Gold Coast.

In a statement posted to Instagram, Hanks said he and his wife were tested after exhibiting symptoms like tiredness, body aches, chills and “slight fevers.”
The couple had been on the Gold Coast, where Hanks was working on a film about the life of Elvis Presley.

Hanks wrote on Instagram: “We felt a bit tired, like we had colds, and some body aches. Rita had some chills that come and went. Slight fevers too.

“To play things right, as is needed in the world right now, we were tested for the Coronavirus, and were found to be positive.”

“We Hanks’ will be tested, observed, and isolated for as long as public health and safety requires. Not much more to it than a one-day-at-a-time approach, no?”

He is the only actor who won consecutive Oscars for Philadelphia (1993) and Forrest Gump (1994).

On Wednesday, the World Health Organization (WHO) officially declared the outbreak to be a pandemic.