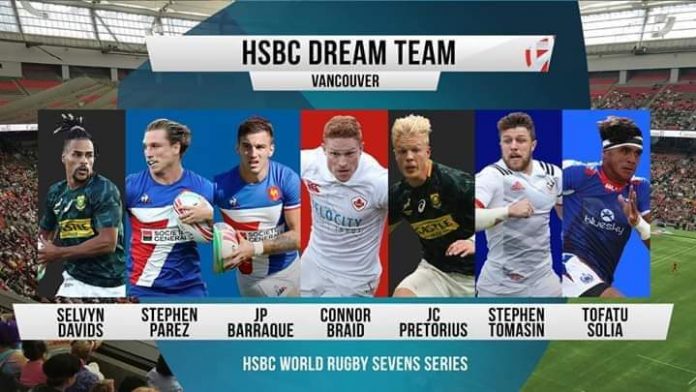 Tofatu returned for the Vegas-Vancouver legs after a long stand-down period due to injury, convincing selectors in the recent Marist 7s with a solid performance for Satalo.

The Falealili Union player from Malaemalu represented Samoa for Under 19s, Under 20s as well as Samoa A before he was called up to the 7s in 2014.

Tofatu is the son of Satalo Bishop Etelani Solia and Sinuanua Soli. Speaking to Samoa Global News, the 26-year-old says he is a proud member of the Church of Jesus Christ of Latter Day Saints and he attends the MalaeSatalo ward.

“There are members from our village Malaemalu who attend the Satalo ward and that’s how the name MalaeSatalo was born,” says Solia who seemed more interested to talk about his church than rugby.

“My parents are leading our ward as Bishop at this time.”

Tofatuimoana says that he dedicates his achievements to his parents and his family and also to his fiancé who is a doctor living in Dunedin.

“This is for my parents and my whole family;

“And my fiancé, we are getting married on May 4th.”

Tofatu is named alongside two Springbok players Selvyn David’s and JC Pretorious who make the squad following their Cup Final win over France 21-12.