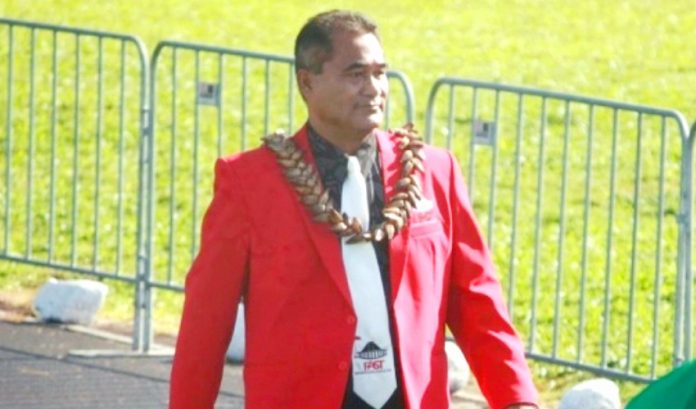 Tuesday 19 October 2021 Apia Samoa.  Toeolesulusulu Cedric Pose Schuster is due to be sworn-in on Wednesday morning and re-enter Cabinet to take up his original Ministerial portfolios.

The Member of Parliament for Aana Alofi No 4 was elected Minister for Natural Resources and Environment (MNRE) as well as Minister of Tourism during the government’s swearing-in ceremony of 24 May 2021.

However following a widely reported incident on Independence Day where he was arrested and charged by police for driving under the influence (DUI), Toeolesulusulu resigned from his Ministerial posts in a letter dated 3rd June 2021 addressed to Prime Minister Hon Fiame Naomi Mataafa.

Toeolesulusulu said at the time, he felt it was necessary to resign and ensure the integrity of the Ministerial position was protected, as he awaited the Court process that would follow.

Toeolesulusulu handed in his resignation almost immediately in a move that has raised the bar and set an important precedence for Samoa Government officials moving forward.

“Due to the pending case against myself regarding driving under the influence, I hereby wish to tender my resignation as a member of the Cabinet..

“I want to extend my sincerest apologies for the circumstances that eventuated and how this has affected not only your good name, but that of our FAST family.”

Toeolesulusulu maintained his humility in dealing with the issue over the past three and a half months. In July he pleaded guilty to all three traffic related offences. Last week, as a first offender, he was exonerated by the District Court when Judge Alalatoa Rosella Papalii granted him a discharge without conviction, and a fine of $2,000 tala. In delivering her sentence Judge Alalatoa had also set down a stern warning, reminding the elected MP of his role. Toeolesulusulu had apologised and expressed remorse before the Court.

When Toeolesulusulu resigned from Cabinet, Prime Minister Fiame had thanked him for the decision and called it an honorable move.

He will officially regain his position in the new Faatuatua i Le Atua Samoa ua Tasi FAST Government as a Cabinet Minister, after the swearing-in ceremony scheduled for Wednesday morning at the Head of State’s residence in Vailele.

Also due to be sworn-in tomorrow is Samoa’s new Clerk of the Legislative Assembly, Leatisa Uitime Tala.

Leatisa, 50, was the Deputy Clerk for the Legislative Assembly recently appointed by the Speaker to the role following the removal of Tiatia Graeme Tualaulelei.