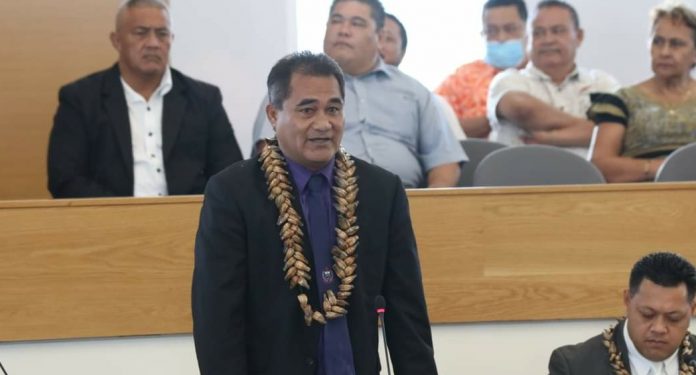 Member of Parliament for Aana Alofi 4, Toeolesulusulu Cedric Schuster has called for a review of the Samoa National Broadband Highway (SNBH) – launched in 2014 as a centralised government network aimed at linking the different ministries, corporations, authorities, schools and communities across Samoa.

The Samoa National Broadband Highway Project was financed through a US$20 million (ST$46M) soft loan from EXIM Bank with the assistance of China.

Speaking in Parliament on Monday morning,Toeolesulusulu noted, “there are once again millions allocated for the SNBH”, and questioned whether the project has delivered what it had set out to achieve over seven years ago.

“When this was launched, Mr Speaker, it was said that it could connect central government services in District Hospitals and Schools,” reminded Toeolesulusulu.. “When are we going to see the opportunities promised by this project when it has been almost 10 years now”..

Toeolesulusulu recalled that the example given at the launch of SNBH many years ago was that it would enable a doctor to assess patients remotely, for patients in rural District Hospitals to access quality health care.

“Was that just all for show?” he asked rhetorically.

A government report describes SNBH as having the potential to assist information flows between government offices, “and could enable such activities as mapping the outbreak of diseases and health epidemics”.

An environmentalist by profession, Toeolesulusulu also spoke to the importance of education for his district and called for an increase of the per student allocation from government given to District Schools. He aaked for a reconsideration of the current rate of $100 tala per student to be lifted to $150.

“My district has a population of over 6,000 people, and around 75% never completed high school”, he said.

Toeolesulusulu said early education was crucial and rural district schools needed to be given priority.

“Not just as athletes but also in  the many supportive roles in Sports”.

Toeolesulusulu noted the budget allocation to increase Village Representatives, however, called on the Ministry of Social Development to reignite programmes for youth.

Still on capacity building and education Toeolesulusulu called for more opportunities to send members of our Police force out for attachments.

In relation to the post-election tribunal selected to assess General Elections every four years, Toeolesulusulu called for a better mix of members.

“Not just those who lost the elections as has been the case in the past,” Toeolesulusulu requested.

Speaking on the millions spent each year on roads, Toeolesulusulu called for the LTA to hold contractors accountable for the quality of road works.

“There are too many roads needing to be repaired not long after they are officially opened. They look perfect on launch day, yet soon after, they require maintenance,” said Toeolesulusulu.

Also on the topic of quality construction, Toeolesulusulu highlighted the budget allocation proposed for plumbing works to the Tupua Tamasese Meaole Hospital. He noted the TTM is not an old building and asked why the renovations were needed so soon.

Toeolesulusulu also called for the Samoa Law Reform Commission to do a thorough review of Samoa Laws, noting there were several Acts that contradicted each other and so contradict the Constitution.

The Minister of Finance as well as other Cabinet Ministers will have the opportunity to respond to all issues raised by Members of Parliament before the third and final reading of the Budget Appropriation Bill.