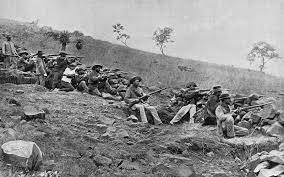 On 19 August 1970, In South Africa – the Chinese community, officially classed non-White in the past though they were admitted to White theaters, restaurants and residential areas, was granted official ‘White’ status for the first time, but only for sport and leisure.
In 2008 years after the fall of the Apartheid Regime, the Chinese have been classed ‘Black’ again, but this time, as a benefit to them.
South Africa’s high court ruled that Chinese South Africans would be reclassified as ‘Black,’ a term that includes Black Africans, Indians and others who were subject to discrimination under apartheid. As a result of this ruling, ethnically Chinese citizens will be able to benefit from government affirmative action policies aimed at undoing the effects of Apartheid.