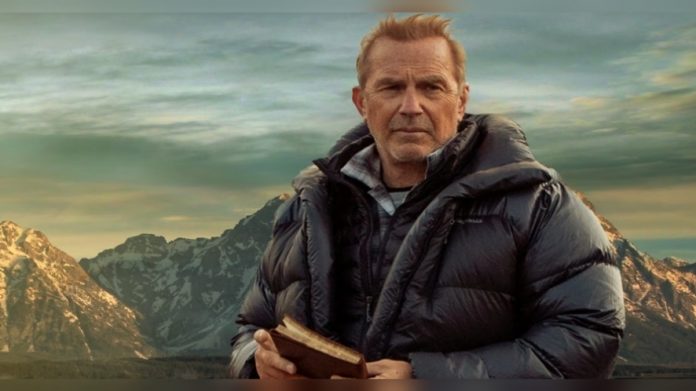 Costner was not born with a silver spoon in his mouth and had no prior connections to the world of Hollywood before becoming famous.

He grew up in Compton, California, a historically crime-ridden city within Los Angeles county, and was very involved in his community and Baptist church during his childhood.

He later attended Cal State Fullerton, where he went to study business; but it wasn’t until years – and several jobs – later, that he decided he would chase his true career dream: acting.

A Fox Nation special describes him… “Kevin, the crowd loves him, the industry loves him, and they regard him as somebody formidable and fabulous. He’s a very curious guy. So if he’d be on a set, he would watch how they’re making the movie. He would watch what was important.”

“He just taught himself all the things he needed to know about being a great movie-maker.”

His role in The Big Chill – one of his first films – served as a stepping stone to some of his most notable roles to come.

“Starting in 1987… that was the period of time where Kevin really was all over the biggest hits in Hollywood,” Jennifer Peros, a former senior editor for Entertainment Tonight, said.

“You had The Untouchables, No Way Out, Bull Durham, Field of Dreams… All those four movies combined brought in about $284 million.”

And even though Costner didn’t grow up as a cowboy, he had a love for western films. He went on to play several roles in related movies where he was able to fulfill this dream.

Dances with Wolves is what many say made Costner recognizable in the industry, and propelled him into a wide array of characters he would play through the years ahead.

Costner was born in Lynwood, California, and grew up in Compton, California. He is the youngest of three boys, the second of whom died at birth.

His mother, Sharon Rae was a welfare worker, and his father, William Costner, was an electrician. His father’s heritage originates with German immigrants to North Carolina in the 1700s, and Costner also has English, Irish, Scottish, and Welsh ancestry.

Costner was raised Baptist. He was not academically inclined in school, but did enjoy sports (especially football), took piano lessons, wrote poetry, and sang in the First Baptist Choir. He has stated that a viewing of the 1963 film How the West Was Won at the age of seven had “formed” his childhood.

He attended Mt. Whitney High School where he was in the marching band. Following a move to Orange County, Costner graduated from Villa Park High School in 1973.  He earned a BA in marketing and finance from California State University, Fullerton (CSUF) in 1978.

Costner has been married twice and has seven children from three relationships. In 1975 while in college, Costner started dating fellow student Cindy Silva, and they married three years later. During their marriage, they had three children: daughters Annie (b. 1984) and Lily (b. 1986), and son Joe (b. 1988). The couple divorced in 1994 after 16 years of marriage.

Costner has a son, Liam Timothy (b. 1996), with Bridget Rooney, with whom he had a brief relationship following his divorce, and then dated political activist Birgit Cunningham. In 1996, he lived with supermodel Elle Macpherson.

On September 25, 2004, Costner married his girlfriend of four years, model and handbag designer Christine Baumgartner, at his ranch in Aspen, Colorado. They have three children: sons Cayden (b. 2007) and Hayes (b. 2009), and daughter Grace (b. 2010).