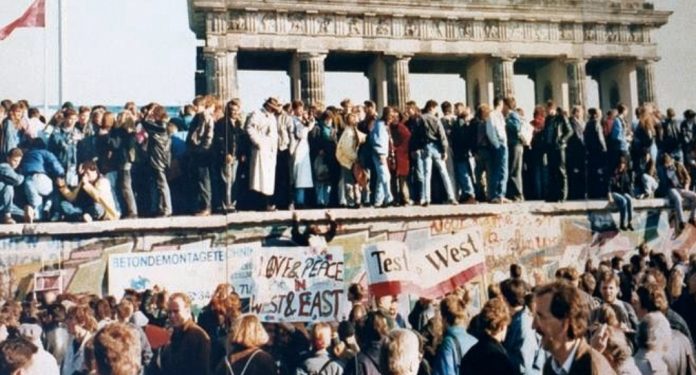 9 November 1989, as the Cold War began to thaw across Eastern Europe, the spokesman for East Berlin’s Communist Party announced a change in his city’s relations with the West.

Starting at midnight that day, the citizens of the GDR were free to cross the country’s borders. East and West Berliners flocked to the wall, chanting “Tor auf!” (“Open the gate!”). At midnight, they flooded through the checkpoints.

More than 2 million people from East Berlin visited West Berlin that weekend to participate in celebration still known as the largest street party the world has ever seen.

People used hammers and picks to knock away chunks of the wall–they became known as “mauerspechte,” or “wall woodpeckers”—while cranes and bulldozers pulled down section after section. Soon the wall was gone and Berlin was united for the first time since 1945. “Only today,” one Berliner spray-painted on a piece of the wall, “is the war really over.”