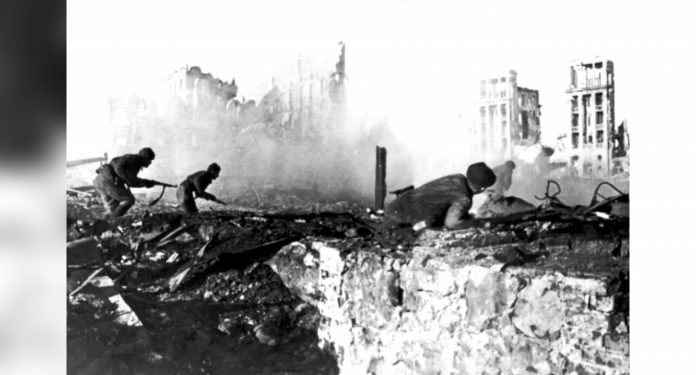 On the night of 9 March in 1945, the United States Army Air Forces (USAAF) conducted a devastating firebombing raid on Tokyo, the Japanese capital city.

More than 90,000 and possibly over 100,000 Japanese people were killed, mostly civilians, and one million were left homeless, making it the most destructive single air attack in human history.

This attack was code-named Operation Meetinghouse by the USAAF and is known as the Great Tokyo Air Raid in Japan.[1] Bombs dropped from 279 Boeing B-29 Superfortress heavy bombers burned out much of eastern Tokyo with many historians and commentators arguing that it was not acceptable for the USAAF to deliberately target civilians, and other historians stating that the USAAF had no choice but to change to area bombing tactics given that the precision bombing campaign had failed.

The Japanese air and civil defenses proved largely inadequate; 14 American aircraft and 96 airmen were lost. The attack on Tokyo was an intensification of the air raids on Japan which had begun in June 1944. The USA Air Force had focused on a precision bombing campaign against Japanese industrial facilities. These attacks were generally unsuccessful, which contributed to the decision to shift to firebombing.

It is generally acknowledged that the tactics used against Tokyo and in similar subsequent raids were militarily successful. The attack is commemorated at two official memorials, several neighborhood memorials, and a privately run museum.

On 8 March, LeMay issued orders for a major firebombing attack on Tokyo the next night.The raid was to target a rectangular area in northeastern Tokyo designated Zone I by the USAAF which measured approximately 4 miles (6.4 km) by 3 miles (4.8 km).