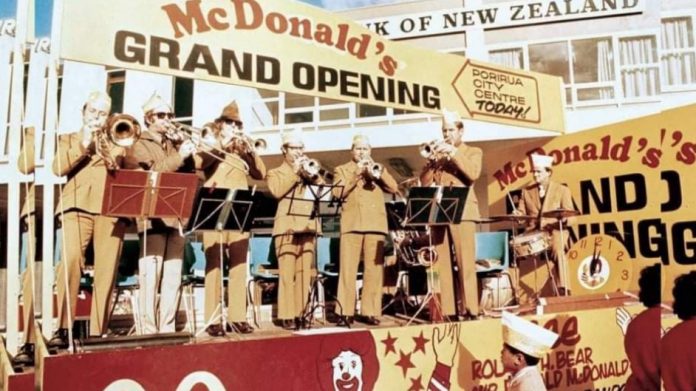 On the 7th June 1976, the iconic golden arches appeared for the first time in New Zealand at Cobham Court, Porirua with over a hundred eager customers were queuing outside when the doors opened at 10 a.m.

The opening of the franchise didn’t come without it’s challenges as a licensing system restricted the importing of products that could be made in New Zealand.

The McDonald’s kitchen was supposed to be sent back to the USA once local companies were able to reproduce it. The resulting trade negotiations were a windfall for the New Zealand Dairy Board (the predecessor of Fonterra), which was able to offload some of its cheese surplus in exchange for more imported kitchens for McDonald’s.