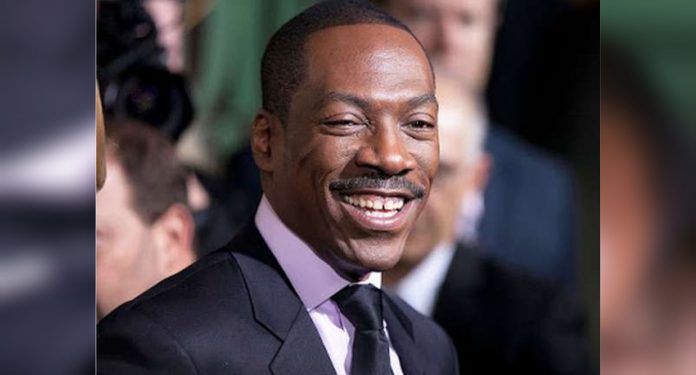 Eddie Regan Murphy was born on April 3, 1961, in Brooklyn, New York. He spent his early years in the projects of Bushwick with his father, Charles, a New York City police officer and amateur comedian, his mother, Lillian, a telephone operator, and his brother Charles. His parents divorced when he was three; five years later, his father died and his mother went into the hospital for an extended period.

At age 21, Murphy co-starred with Nick Nolte in 48 Hours, and he went on to further box-office success with Trading Places, Beverly Hills Cop, Coming to America, The Nutty Professor and Shrek. He continues to star in many movies, including comedies, dramas and family films.

When Murphy was nine years old, his mother married Vernon Lynch, a foreman at a Breyer’s ice cream factory, and the family moved to the primarily African American suburb of Roosevelt, Long Island. Murphy watched a lot of television growing up and developed a great skill for impressions, doing such characters as Bugs Bunny, Bullwinkle and Sylvester the Cat. “My mother says I never talked in my own voice,” Murphy later said.

Although he was never a dedicated student, Murphy found a great forum for his verbal agility in grade school, excelling in the popular game of “ranking” — trading witty insults with classmates. Hosting a talent show at the Roosevelt Youth Center at age 15, Murphy delighted his young audience with an impersonation of Al Green. This early success ignited a passion for showbiz, and Murphy began working on his comedy routines after school and performing stand-up at local bars, clubs and “gong shows.” His schoolwork suffered, however, and Murphy had to repeat the 10th grade as a result.

By doubling up on classes, and attending summer and night school, he graduated only a couple of months late. Murphy was voted the “most popular” boy in his graduating class. His declared career plan: comedian.