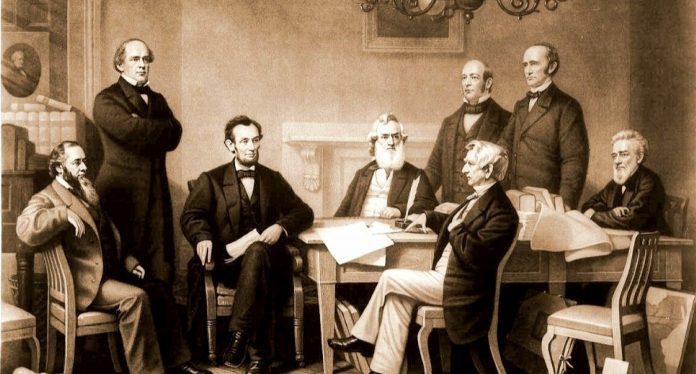 On this day 30 March 1867, the United States reached agreement to purchase Alaska from Russia for a price of $7.2 million. The Treaty with Russia was negotiated and signed by Secretary of State William Seward and Russian Minister to the United States Edouard de Stoeckl. Critics of the deal to purchase Alaska called it “Seward’s Folly” or “Seward’s Icebox.” Opposition to the purchase of Alaska subsided with the Klondike Gold Strike in 1896.

Russia wanted to sell its Alaska territory, which was remote and difficult to defend, to the U.S. rather than risk losing it in battle with a rival such as Great Britain. Negotiations between Seward (1801-1872) and the Russian minister to the U.S., Eduard de Stoeckl.

The purchase of Alaska in 1867 marked the end of Russian efforts to expand trade and settlements to the Pacific coast of North America, and became an important step in the United States rise as a great power in the Asia-Pacific region. Beginning in 1725, when Russian Czar Peter the Great dispatched Vitus Bering to explore the Alaskan coast, Russia had a keen interest in this region, which was rich in natural resources and lightly inhabited.

As the United States expanded westward in the early 1800s, Americans soon found themselves in competition with Russian explorers and traders. St. Petersburg, however, lacked the financial resources to support major settlements or a military presence along the Pacific coast of North America and permanent Russian settlers in Alaska never numbered more than four hundred. Defeat in the Crimean War further reduced Russian interest in this region.

Russia offered to sell Alaska to the United States in believing the United States would off-set the designs of Russia’s greatest rival in the Pacific, Great Britain. The looming U.S. Civil War delayed the sale, but after the war, Secretary of State William Seward quickly took up a renewed Russian offer.

The strategic importance of Alaska was finally recognized in World War II. Alaska became a state on January 3, 1959.