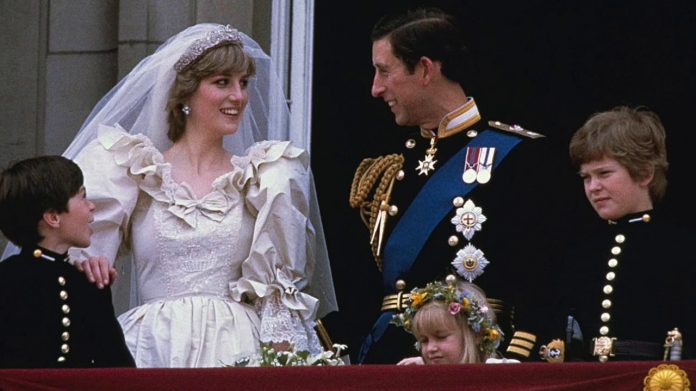 The royal wedding of Prince Charles and Lady Diana Spencer at St. Paul’s Cathedral on 29 July 1981 was watched by 750 million people around the world. Nicknamed “the wedding of the century” for its extravagance, it broke new records and set global fashion trends—while also breaking with tradition in many ways.

Although it did not end well as history unfolded, the royal wedding itself of the Prince and Princess of Wales is definitely one that will go into the history books.

Lady Diana Spencer, later known as the “People’s Princess,” was the first British citizen to marry an heir to the throne in over 300 years, though she was far from a commoner. Diana was the daughter of Edward John Spencer and Frances Ruth Burke Roche, the Viscount and Viscountess Althorp. Diana first met Charles, Prince of Wales—a man 13 years her senior—when her family rented Queen Elizabeth II’s estate, Park House, during Diana’s childhood.

Charles briefly dated Diana’s older sister, Lady Sarah, before courting his future bride. He proposed to Diana with a 12-carat sapphire engagement ring surrounded by 14 solitaire diamonds after meeting Diana just 13 times. To the public, the whirlwind romance between the shy, 20-year-old kindergarten teacher and the crown prince was something out of a fairytale.

Prince Charles and Princess Diana’s wedding was the first royal wedding to be held at St. Paul’s Cathedral in London since the 1501 nuptials of Prince Arthur (son of King Henry VII) and Princess Catherine. St. Paul’s massive interior was more suitable for hosting their 3,500 guests than Westminster Abbey, the traditional site of royal weddings like Queen Elizabeth II’s 1947 wedding to Prince Philip.

The guest list was not without drama. While all of Europe’s leaders were invited, some declined to attend. “The President of the Republic of Ireland declined the invitation because of disputes over the status of Northern Ireland,” says historian Carolyn Harris. “The President of Greece did not attend because former King Constantine of Greece, a cousin and friend of Prince Charles, was invited to the wedding with the title of ‘King,’” and “King Juan Carlos and Queen Sofia of Spain (born Princess Sofia of Greece, a cousin of Prince Philip) did not attend the wedding because Charles and Diana planned to board the Royal Yacht Britannia for their honeymoon in Gibraltar, which had been British territory since 1704 but was claimed by Spain.”

America was represented by First Lady Nancy Reagan. Press around the world reported on what world leaders wore, who they talked to, and where they partied in London leading up to the big day.

In the months before the wedding, the public was whipped into a frenzy by media coverage of the impending nuptials. Jonny Dymond, royal correspondent for BBC news says that Charles had been aggressively looking for a bride for six to seven years. “There had been a constant drumbeat from the newspapers about when and who,” Dymond says. “There was also this curious juxtaposition here in Britain of very hard economic times. Unemployment was climbing to almost unimaginable numbers, there was disorder in the streets, riots in major British cities. Then, this ‘fairytale wedding.’ The last time the heir to the throne got married was Queen Elizabeth in 1947.”

The wedding was broadcast in 74 countries and watched by 750 million people around the globe. Americans set their alarm clocks early to tune in live and in the UK, the wedding date—July 29, 1981—was declared a national holiday so more royal subjects could watch. Over 600,000 spectators filled the streets of London hoping to catch a glimpse of the Prince and Princess of Wales. Jeffery Simpson of the Globe and Mail reported: “Throughout the service, the royal couple could clearly hear the cheers from the thousands outside… After one such cheer, Lady Diana turned to Prince Charles and smiled from beneath her veil.”