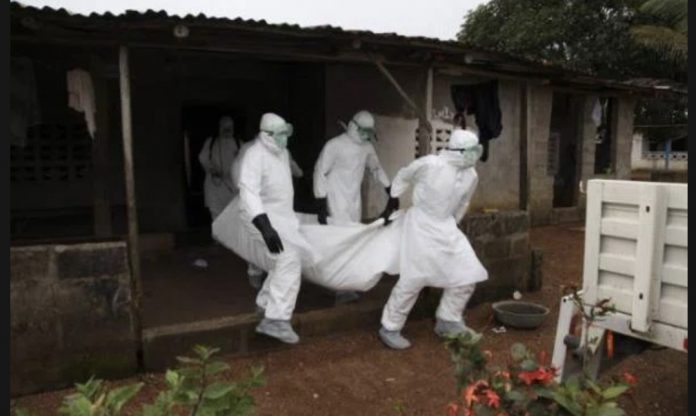 A factory storekeeper in the Nzara township of Sudan becomes ill and dies on the 27th of June 1976 to register the world’s first Ebola Hemorrhagic Fever (EHF) virus case.

This was near the Ebola River in what is now the Democratic Republic of the Congo.

Here is a recap of the worst Ebola epidemics since the deadly virus appeared in Africa 46 years ago. There have been more than 20 outbreaks since then.

The Ebola virus was first identified as it spread simultaneously across two regions along the border between Sudan and what was then Zaire, now the Democratic Republic of Congo (DRC).

The haemorrhagic fever takes its name from a river in the area.

The worst outbreak killed 280 people in DRC, out of 318 known cases in that country. In Sudan, 151 people died out of a total of 284 identified cases.

The DRC was hit again by the virus, in this case by the type known as Ebola Zaire, which infected 315 people, killing 254 of them.

The epidemic was centred in the western Kikwit region.

A doctor testified that a nurse contracted the virus simply by closing the eyes of someone who had just died.

Uganda was affected for the first time as the Ebola Sudan strain ravaged two parts of the country, mainly the northern city of Gulu, but also the Masindi district and the southwestern town of Mbarara.

In Gabon, the Ebola Zaire strain spread between October 2001 and May 2002 in the northeastern province of Ogooue-Ivindo, killing 53 victims among the 65 identified cases.

It was the fourth time this sparsely populated equatorial region was affected, and the virus also killed 44 people in neighbouring Republic of Congo.

The Ebola Zaire strain struck the Republic of Congo again between January and April, killing 128 people of the 143 who were infected, for a mortality rate of 90 percent.

The virus was particularly virulent in the western Cuvette-Ouest region, near the border with Gabon among those who handled the carcasses of forest gorillas and chimpanzees that had perished from the virus.

In October 2003, another outbreak of the same species killed 29 more people.

Once again, it was the Ebola Zaire species that killed 187 people in DRC among a total 264 identified cases. The haemorrhagic fever struck mainly between April and October in the central Kasai occidental region.

Ebola was identified for the first time in west Africa, first in Guinea, then in neighbouring Liberia and Sierra Leone, before it was reported in Nigeria.

The epidemic has killed 1,427 people out of more than 2,600 known cases of infection, according to the UN World Health Organization.