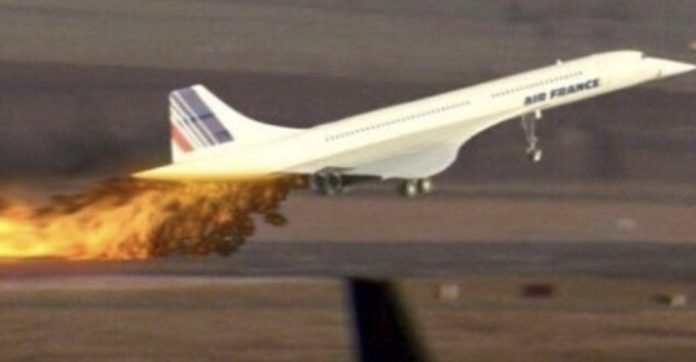 25 July 2000 Source: History Collection – On July 25, 2000, the concorde Air France flight 4590 was travelling from Paris to New York City when it crashed into a hotel in Gonesse, France, killing 113 people. 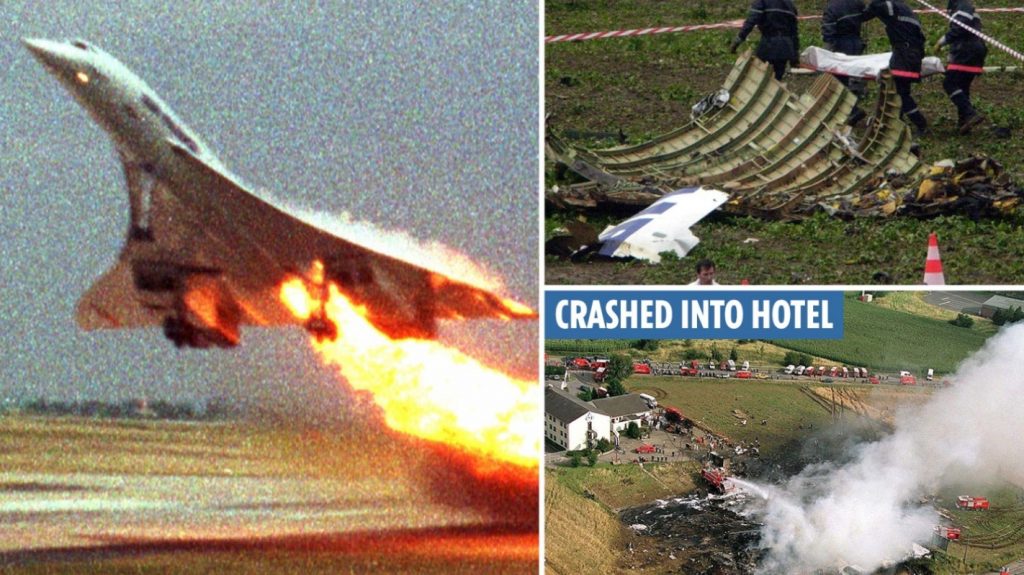 While speeding down the runway at takeoff, the aircraft ran over debris on the runway, blowing a tire and puncturing the fuel tank.

The subsequent fire and engine failure caused the aircraft to crash into a hotel in Gonesse two minutes after leaving the ground.

The crash killed all 100 passengers and nine crew members on board as well as four other people in the hotel.

Five minutes before the Concorde departed, a Continental flight heading for Newark, New Jersey took off from the same runway and lost a titanium alloy strip, which fell onto the runway.

During the Concorde’s takeoff run, it ran over the piece of debris, cutting the tire and sending a fragment of the tire into the underside of the wing at 310 mph.

The pressure shockwave ruptured a fuel tank. The leaking fuel caught fire and the engines lost power which was quickly regained.

Air traffic control noticed the flames before the Concorde was airborne, but with only 2 km of runway remaining while traveling ata speed of 328 km/h, the pilot had no choice but to take off.

The Concorde would have needed at least 3 km of runway to safely abort the flight.

The aircraft did not gain enough airspeed because of the damage to the landing gear bay prevented retraction of the wheels. The airplane was unable to climb or accelerate. The fire caused the port wing to disintegrate. One of the engines failed permanently. The asymmetric thrust caused the pilot to lose control. The pilot reduced power to the other engines but without enough airspeed the plane stalled. It crashed into the Hotelissimo Les Relais Bleus hotel.

In 2005, French authorities began a criminal investigation of Continental Airlines. In March 2008, Bernard Farret, a deputy prosecutor, asked judges to bring manslaughter charges against Continental Airlines, John Taylor, the mechanic who replaced the ware strip which fell onto the runway, and his manager, Stanley Ford.

The trial began in 2010. Continental Airlines was found criminally found criminally responsible for the disaster and was fined €200,000 and ordered to pay Air France €1 million. Taylor was given a 15-month suspended sentence.

Ford was cleared of all charges. The convictions were eventually overturned by a French appeals court in 2012.

The Parisian court ruled that Continental, while not criminally responsible, would have to pay 70% of any compensation claims. Air France had to pay €100 million to families of the victims, and Continental paid its 70% share.