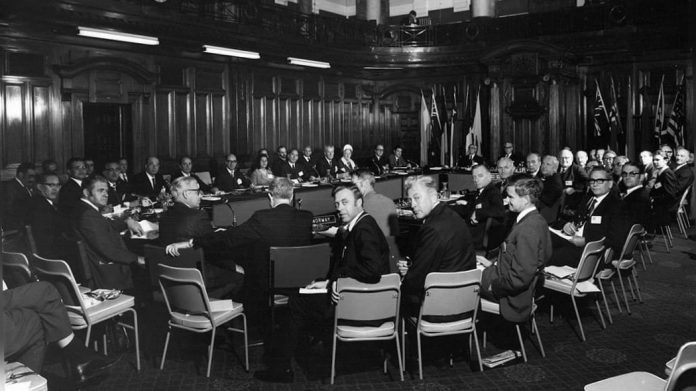 The Antarctic Treaty was signed in 1959 by 12 nations active in Antarctica during the 1957–58 International Geophysical Year (Argentina, Australia, Belgium, Chile, France, Japan, New Zealand, Norway, South Africa, United Kingdom, United States and USSR) to establish Antarctica as a region of peace and cooperation.

The Antarctic Treaty’s main aims are to demilitarize the continent, to promote international scientific cooperation and to set aside disputes over territorial sovereignty. The Protocol on Environment Protection to the Antarctic Treaty designates Antarctica as a “natural reserve, devoted to peace and science” and bans the exploitation of oil and natural gas fields found in the Ross Sea. The Treaty applies to the area south of 60° South Latitude, including all ice shelves and islands. The Antarctic Treaty is a unique example of international cooperation. Its main focus is to ensure that Antarctica is used for peaceful purposes only.

The Treaty covers the area south of 60°S latitude. Its objectives are simple yet unique in international relations. They are:

The Treaty remains in force indefinitely. Forty-seven countries have acceded to it. Consultative (voting) status is open to all countries who have demonstrated their commitment to the Antarctic by conducting significant research. Twenty-eight nations, including New Zealand, have Consultative status. The Treaty parties meet each year at the Antarctic Treaty Consultative Meeting.