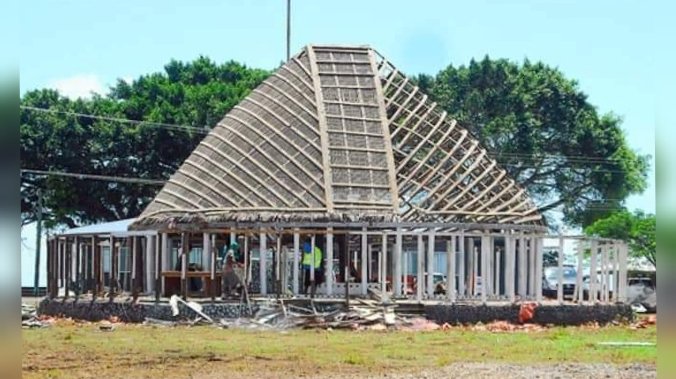 Source: Samoa Museum, Government of Samoa. On this day in the history of Samoa Parliament, the first Maota Fono commenced construction on 21 July 1916.

The Master carpenter and construction foreman was a matai by the name of Solofuti Fili and his carpentry crew from the village of Satoalepai, Savaii.

The construction work was completed on 18 August 1916.

The total cost of the project was £30 pounds, equivalent of $60.00 tala (by today’s time value of money), paid by the Government of Samoa.

That building built in 1916 was utilized during colonial times as a meeting ground for Samoan leaders who aspired for self-determination.

It was later used in 1953 – 1959 by the Select Committee to meet, deliberate, and formulate plans for the independence of Samoa as well as the overall development of the nation.

Significantly, that building was utilizsd by the Fono Faavae (Constitutional Convention) to discuss and formulate the Constitution of the Independent State of Samoa – and then subsequently in 1962 upon Samoa gaining its independence – it was used as the first official ‘Maota Fono’ for the Parliament of Samoa.

In 1972 the second Maota Fono was constructed and opened on 31 May 1972. It was a gift from the New Zealand Government in celebration of Samoa’s 10 years of independence.