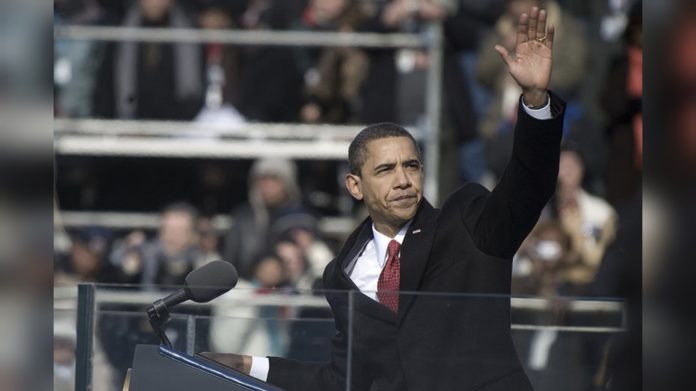 On this day, 20 January 2009 – On a freezing day in Washington, D.C., Barack Hussein Obama is sworn in as the 44th U.S. president. The son of a black father from Kenya and a white mother from Kansas, Obama had become the first African American to win an election to the nation’s highest office, held the previous November.

As the junior U.S. senator from Illinois, he won a tight Democratic primary battle over Senator Hillary Clinton of New York before triumphing over Arizona Senator John McCain, the Republican candidate, in the general election. Against a backdrop of the nation’s devastating economic collapse during the start of the Great Recession, Obama’s message of hope and optimism—as embodied by his campaign slogan, “Yes We Can”—struck an inspirational chord with a nation seeking change.

As Inauguration Day dawned, crowds of people thronged the National Mall, stretching from the Capitol Building to beyond the Washington Monument. According to an official estimate made later by the District of Columbia, some 1.8 million people witnessed Obama’s inauguration, surpassing the previous record of 1.2 million, set by the inaugural crowd of Lyndon B. Johnson in 1965.

The ceremonies ran behind schedule, and it wasn’t until just before noon that Chief Justice John Roberts Jr. administered the presidential oath of office to the president-elect. 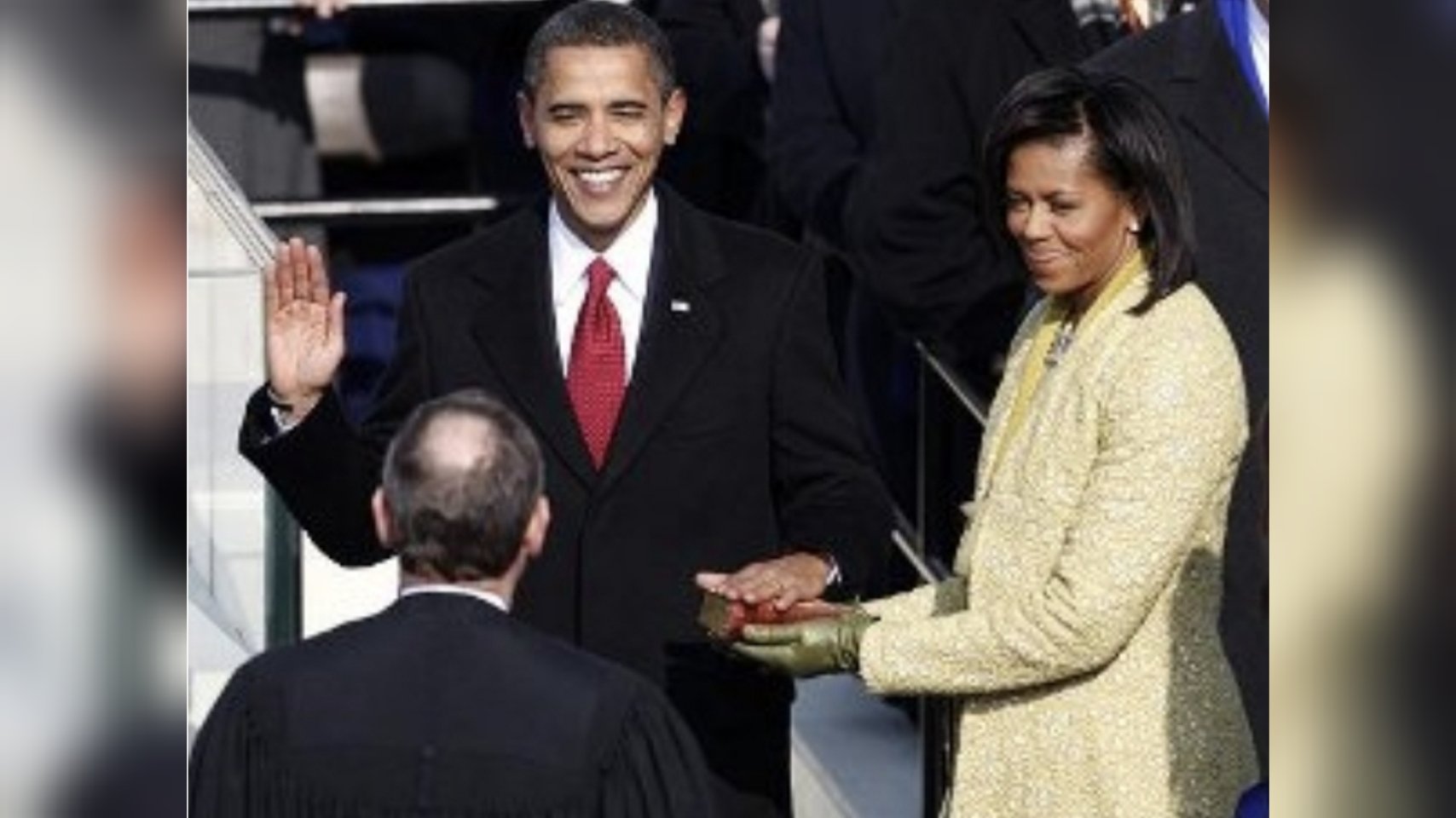 While being sworn in, Obama placed his hand on a Bible held by his wife, Michelle—the same Bible used by President Abraham Lincoln at his first inaugural.

Obama opened his inaugural address, which lasted some 20 minutes, by recognizing the challenges facing the nation at the outset of his administration—the worsening economic crisis, ongoing war against radical extremism and terrorism, costly health care, failing schools and a general loss of confidence in America’s promise.

In the face of these obstacles, he offered a message of cautious yet confident optimism. “The challenges we face are real,” Obama declared. “They are serious and they are many. They will not be met easily or in a short span of time. But know this, America, they will be met.”

Obama referred only briefly to the historic nature of his presidency in his speech, saying near the end that part of America’s greatness was the fact that “a man whose father less than 60 years ago might not have been served at a local restaurant can now stand before you to take a most sacred oath.”

Instead, he emphasized the theme of civic responsibility that another youthful Democratic president—John F. Kennedy—used to such great effect nearly 50 years earlier, calling on the American people to embrace the challenges they faced in such a difficult period: “What is required of us now is a new era of responsibility, a recognition, on the part of every American, that we have duties to ourselves, our nation and the world, duties that we do not grudgingly accept but rather seize grandly, firm in the knowledge that there is nothing so satisfying to the spirit, so defining of our character, than giving our all to a difficult task. That is the price and promise of citizenship.”

After the inauguration, Obama attended the traditional inaugural luncheon in Statuary Hall, the original chamber of the House of Representatives. He and Michelle then traveled down Pennsylvania Avenue to the White House as part of the 15,000-person inaugural parade, and would attend no fewer than 10 official inaugural balls that evening.