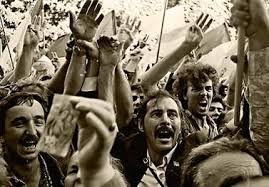 Due to Greek opposition to a new state containing the term ‘Macedonia’, the sovereign status of the state was not recognized until 8 April 1993, with an acclamation of the UN General Assembly, when Republic of Macedonia was admitted as 181st full-fledged member in the world organisation under the provisional reference the Former Yugoslav Republic of Macedonia.[1]

All Macedonian embassies, consulates and representative offices organize cocktails and festivities in the countries where they are located.