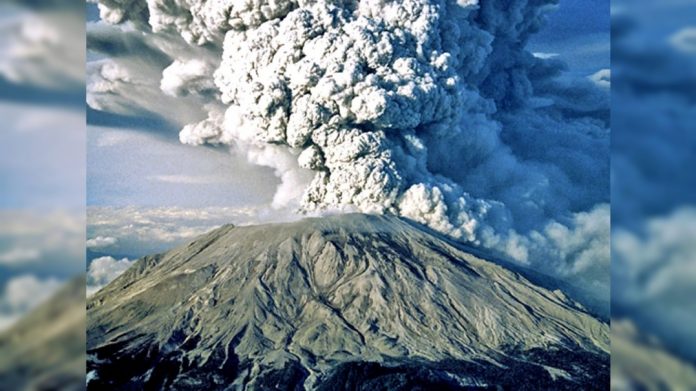 The eruption of Mount Saint Helens, a volcanic peak in the Cascade Range, Washington on 18 May 1980, was one of the greatest volcanic explosions ever recorded in North America at that time.

A total of 57 people and thousands of animals were killed in the event, and trees over an area of some 200 square miles (500 square km) were blown down by the lateral air blast.

At the event’s end, Mount St. Helens’s volcanic cone had been completely blasted away in place of its 9,677-foot (2,950-metre) peak was a horseshoe-shaped crater with a rim reaching an elevation of 8,363 feet (2,549 metres). 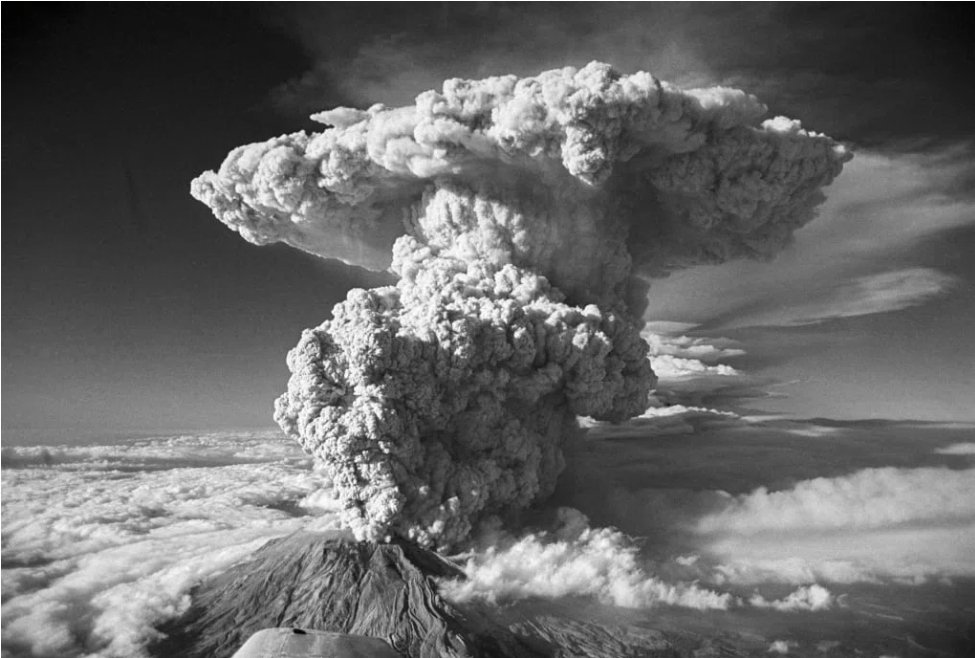 St. Helens is located in the Cascade Range and stood 9,680 feet before its eruption. The volcano has erupted periodically during the last 4,500 years, and the last active period was between 1831 and 1857.

Further eruptions occurred until 1986, and a dome of Lava grew intermittently in the crater. Seismic activity occurred again between 1989 and 1991 (including some small explosions) as well as in 1995 and 1998.

Mount St. Helens, named by the English navigator George Vancouver for a British ambassador, had been dormant since 1857. An explosive steam eruption on March 27, 1980, was followed by alternating periods of quiescence and minor eruption.

Mount St. Helens was shaken by an earthquake of about 5.0 magnitude, and the entire north side of the summit began to slide down the mountain. The giant landslide of rock and ice, one of the largest recorded in history, was followed and overtaken by an enormous explosion of steam and volcanic gases, which surged northward along the ground at high speed. The lateral blast stripped trees from most hill slopes within six miles of the volcano and leveled nearly all vegetation for as far as 12 miles away. Approximately 10 million trees were felled by the blast.

Ash from the eruption fell on Northwest cities and towns like snow and drifted around the globe for two weeks. Fifty-seven people, thousands of animals, and millions of fish were killed by the eruption of Mount St. Helens.

By late in the afternoon of May 18, the eruption subsided, and by early the next day it had essentially ceased. Mount St. Helens’ volcanic cone was completely blasted away and replaced by a horseshoe-shaped crater–the mountain lost 1,700 feet from the eruption. The volcano produced five smaller explosive eruptions during the summer and fall of 1980 and remains active today. In 1982, Congress made Mount St. Helens a protected research area.