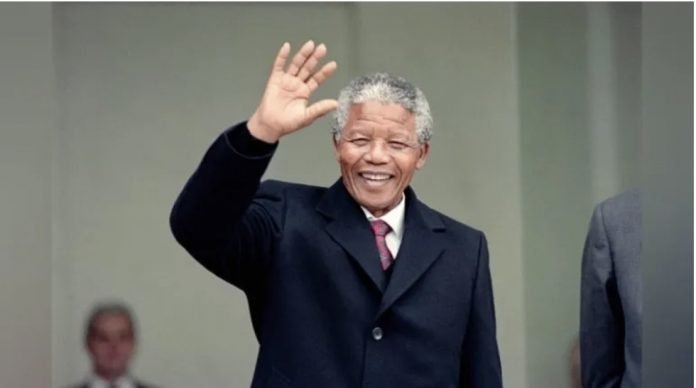 Nelson Mandela, also known as Madiba, was born 18 July 1918 as Rolihlahla Mandela in Mvezo, South Africa. The name Nelson was later added by one of his teachers.

His father, the chief of the Madiba clan of the Xhosa-speaking Tembu people, died when Nelson was still young, and he was raised by Jongintaba, the regent of the Tembu.

Although Nelson had a claim to the chieftainship, he renounced it in order to become a lawyer.

In 1944 he joined the African National Congress (ANC), a Black-liberation group, and became a leader of its Youth League. That same year he met and married Evelyn Ntoko Mase. Mandela subsequently held other ANC leadership positions, through which he helped revitalize the organization and oppose the apartheid policies of the ruling National Party.

He traveled throughout the country as part of the campaign, trying to build support for nonviolent means of protest against the discriminatory laws. In 1955 he was involved in drafting the Freedom Charter, a document calling for nonracial social democracy in South Africa.

Mandela’s antiapartheid activism made him a frequent target of the authorities.

Starting in 1952, he was intermittently banned (severely restricted in travel, association, and speech).

In December 1956 he was arrested with more than 100 other people on charges of treason that were designed to harass antiapartheid activists. Mandela went on trial that same year and eventually was acquitted in 1961.

Throughout his incarceration, Mandela retained wide support among South Africa’s Black population, and his imprisonment became a cause célèbre among the international community that condemned apartheid.

As South Africa’s political situation deteriorated after 1983, and particularly after 1988, he was engaged by ministers of Pres. P.W. Botha’s government in exploratory negotiations; he met with Botha’s successor, de Klerk, in December 1989.

On 11 February 1990, the South African government under President de Klerk released Mandela from prison. Shortly after his release, Mandela was chosen deputy president of the ANC; he became president of the party in July 1991. Mandela led the ANC in negotiations with de Klerk to end apartheid and bring about a peaceful transition to nonracial democracy in South Africa.