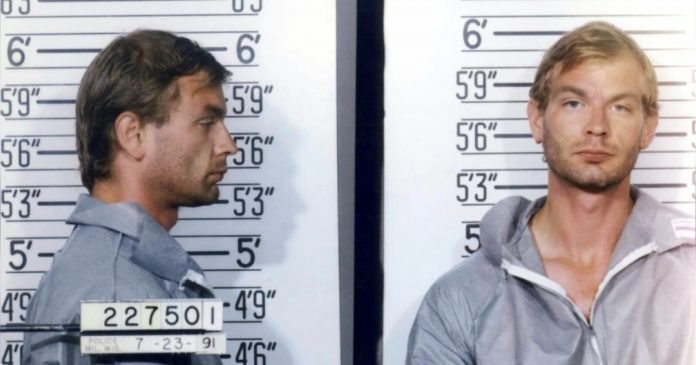 Throughout the trial, the families of the 15 men and boys Dahmer killed and mutilated held their peace. They finally had their day in court before the sentencing, as reported by CBS News on this day correspondent Jacqueline Adams.

I hope you can deal with what you’ve done. I’m trying hard to. You almost destroyed me, but I refuse to let you destroy me. I will carry on,” another said.

For the most part, the grief-stricken family members remained calm as they addressed Dahmer one by one. Only the sister of Errol Lindsey expressed her rage, screaming “Jeffrey, I hate you!”

The sister of Errol Lindsey, one of Jeffrey Dahmer’s victims, speaks at Dahmer’s sentencing.

Dahmer also addressed the court for the first time during his sentencing.

“I didn’t ever want freedom,” he said. “Frankly I wanted death for myself. This was a case to tell the world that I did what I did not for reasons of hate. I hated no one. I knew I was sick or evil, or both. Now I believe I was sick.” 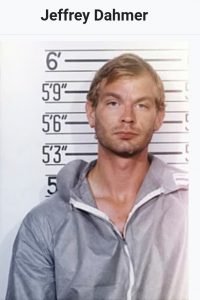 Dahmer did not deny that he committed the barbaric crimes, which included cannibalizing and in some cases lobotomizing his victims, and spanned more than a decade from 1978-1991.

Jeffrey Dahmer speaks to the judge during his sentencing.

“I should have stayed with God. I tried and failed, and created a holocaust,” Dahmer told the court.

“If I could give my life right now to bring their loved ones back, I would do it. I am so very sorry. I deserve whatever I get because of what I have done,” he continued.

“I am prepared for your sentence, which I know will be the maximum. I ask for no consideration.”

Dahmer was sentenced to 15 consecutive life sentences in prison before he would be eligible for parole. More than two years later, Dahmer was beaten to death by a fellow inmate on November 28th, 1994.