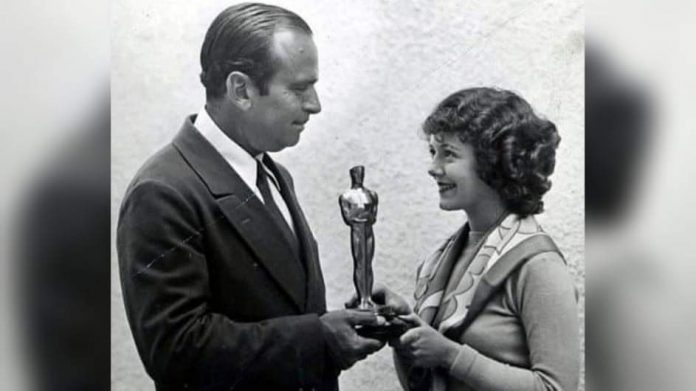 On May 16, 1929, the Academy of Motion Picture Arts and Sciences hands out its first awards, at a dinner party for around 250 people held in the Blossom Room of the Roosevelt Hotel in Hollywood, California.

The brainchild of Louis B. Mayer, head of the powerful MGM film studio, the Academy was organized in May 1927 as a non-profit organization dedicated to the advancement and improvement of the film industry.

Its first president and the host of the May 1929 ceremony was the actor Douglas Fairbanks, Sr. Unlike today, the winners of the first Oscars—as the coveted gold-plated statuettes later became known—were announced before the awards ceremony itself.

A special honorary award was presented to Charlie Chaplin. Originally a nominee for Best Actor, Best Writer and Best Comedy Director for The Circus, Chaplin was removed from these categories so he could receive the special award, a change that some attributed to his unpopularity in Hollywood. It was the last Oscar the Hollywood maverick would receive until another honorary award in 1971.

Mayer’s purpose in creating the award was to unite the five branches of the film industry, actors, directors, producers, technicians, and writers. Mayer commented on the creation of the awards “I found that the best way to handle [filmmakers] was to hang medals all over them … If I got them cups and awards, they’d kill to produce what I wanted. That’s why the Academy Award was created”.

Mayer asked Cedric Gibbons, art director  of MGM, to design an Academy Award trophy. Nominees were notified through a telegram in February 1928. In August 1928, Mayer contacted the Academy Central Board of Judges to decide winners. However, according to the American director King Vidor, the voting for the Academy Award for Best Picture was in the hands of the AMPAS founders: Mayer, Douglas Fairbanks, Sid Grauman, Mary Pickford and Joseph Schenck.

During the ceremony, AMPAS presented Academy Awards – now colloquially known as the Oscars – in 12 categories. Winners were announced three months ahead of the ceremony. Some nominations did not reference a specific film, such as Ralph Hammeras and Nugent Slaughter, who were nominated in the now-defunct category of Engineering Effects.

Unlike later ceremonies, an actor could be awarded for multiple works in the same category. Emil Jannings, for example, was given the Best Actor award for his work in both The way of All flesh and The Last Command. Also, Charlie Chaplin and Warner Brothers each received an Honorary Award.

Major winners at the ceremony included 7th Heaven and Sunrise, which each received three awards, and Wings, receiving two awards. Among its honors, Sunrise won the award for Unique and Artistic Picture, and Wings won the award for Outstanding Picture (now known as Best Picture). These two categories were regarded equally as the top awards of the night, intended to honor different aspects of superior filmmaking.

The next year, the Academy dropped the Unique and Artistic Picture award and decided retroactively that the award won by Wings was the highest honor.