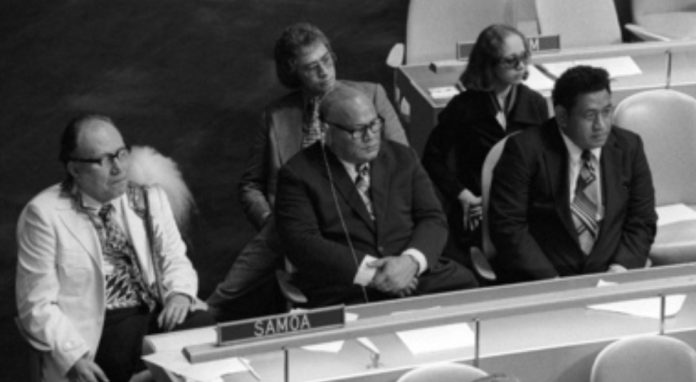 On 15 December 1976, The General Assembly of the United Nations admitted Samoa as the 147th Member of the UN. A 45-nation draft resolution calling for Samoa’s admission was adopted unanimously by the Assembly.

Following the admission of Samoa to the United Nations, the Deputy Head of State of Samoa, Tupua Tamasese Lealofi IV, speaking in Samoan, addressed the Assembly. Welcoming statements were then made by a number of delegations.

The Mission also provides consular and immigration services to Samoan nationals in the United States and Canada and to potential visitors to Samoa from these countries. Samoa established diplomatic relations with the United States in 1971 following Samoa’s (then called Western Samoa) independence from a New Zealand-administered trusteeship in 1962. The first Official Representation of Samoa in the United States was over 43 years ago in 1978.