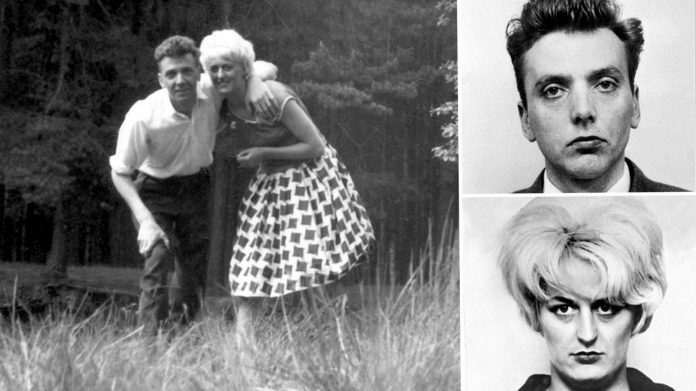 Sixteen-year-old Pauline Reade is abducted while on her way to a dance near her home in Gorton, England, by Ian Brady and Myra Hindley, the so-called “Moors Murderers,” launching a crime spree that will last for over two years. Reade’s body was not discovered until 1987, after Brady confessed to the murder during an interview with reporters while in a mental hospital. The teenager had been sexually assaulted and her throat had been slashed.

Myra Hindley, once considered the evilest woman in Britain and the chilling killer behind the infamous Moors Murders.

Brady and Hindley met in Manchester in 1961. The shy girl quickly became infatuated with Brady, a self-styled Nazi, who had a substantial library of Nazi literature and an obsession with sadistic sex. After photographing Hindley in obscene positions, Brady sold his amateur pornography to the public.

In order to satisfy their sadistic impulses, Brady and Hindley began abducting and killing young men and women. After Pauline Reade, they kidnapped 12-year-old John Kilbride in November and Keith Bennett, also 12, in June the next year. The day after Christmas in 1964, Leslie Ann Downey, a 10-year-old from Manchester, was abducted.

In 1965, the couple killed a 17-year-old boy with a hatchet in front of Hindley’s brother-in-law, David Smith, perhaps in an attempt to recruit him for future murders. This apparently crossed the line for Smith, who then went to the police.

Inside Brady’s apartment, police found luggage tickets that led them to two suitcases in Manchester Central Station. They contained photos of Leslie Ann Downey being tortured along with audiotapes of her pleading for her life. Other photos depicted Hindley and Brady in a desolate area of England known as Saddleworth Moor. There, police found the body of John Kilbride.

The Moors Murderers were convicted and sentenced to life in prison in 1966. Their notoriety continued after it was revealed that a guard at Holloway women’s prison had fallen for Hindley and had an affair with her. For his part, Brady continued to confess to other murders.

Ian Brady is still alive and is the longest serving prisoner in the UK. He wrote and had a book published on serial killers in 2004. He refuses to receive any treatment from psychiatrists and he claims that he is mentally competent. Brady has never sought his freedom.