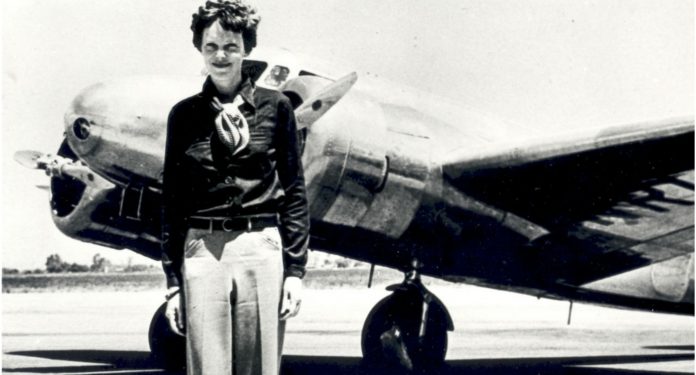 On 11 January 1935, aviator Amelia Earhart began an 18-hour trip from Honolulu to Oakland, California, that made her the first person to fly solo across any part of the Pacific Ocean. In 1815, Sir John A.Macdonald, the first prime minister of Canada, was born in Glasgow, Scotland.

Earhart became the first woman — and the second person after Charles Lindbergh — to fly nonstop and solo across the Atlantic Ocean. Flying a red Lockheed Vega 5B, she left Harbor Grace, Newfoundland, Canada, and landed about 15 hours later near Londonderry, Northern Ireland.

During a flight to circumnavigate the globe, Earhart disappeared somewhere over the Pacific in July 1937. Her plane wreckage was never found, and she was officially declared lost at sea. Her disappearance remains one of the greatest unsolved mysteries of the twentieth century.

The journey took only 18 hours, but it was ground breaking, not only earning her more worldwide acclaim, leading her to later attempt to circumnavigate the globe in 1937 when she would disappear, but also $10,000 dollars from Hawaii businesses that had promoted the idea of having a pacific flight to the mainland.

Amelia Earhart is showered with flowers after landing in Oakland, California, in January 1935. She was the first person to successfully fly from Hawaii to California. My landing was in marked contrast to that of the solo Atlantic flight.

Amelia’s plane is a Lockheed 5B Vega, Vegas were highly prized as racing and record-setting aircraft, and as seven-place airliners. Amelia Earhart set two of her many aviation records in this bright red Lockheed 5B Vega. In 1932 she flew it alone across the Atlantic Ocean, then flew it nonstop across the United States-both firsts for a woman.

Earhart, Mr. Noonan and the plane were never found. The details of Amelia Earhart’s death remain mysterious. While it is most likely that the plane crashed into the Pacific and sank, there is some evidence that suggests she died on an uninhabited island.