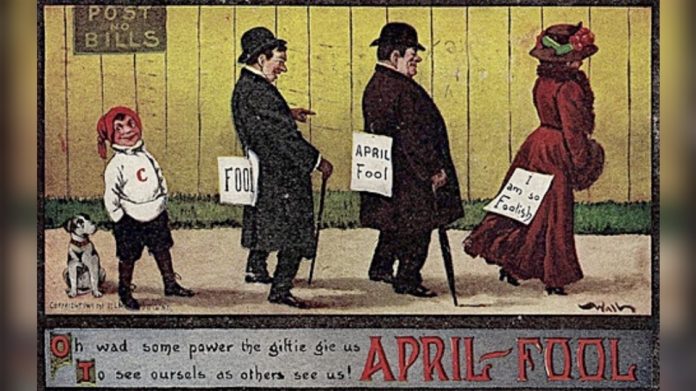 April Fools’ Day—celebrated on April 1 each year—has been celebrated for several centuries by different cultures, though its exact origins remain a mystery. April Fools’ Day traditions include playing hoaxes or practical jokes on others, often yelling “April Fools!” at the end to clue in the subject of the April Fools’ Day prank. While its exact history is shrouded in mystery, the embrace of April Fools’ Day jokes by the media and major brands has ensured the unofficial holiday’s long life.

Some historians speculate that April Fools’ Day dates back to 1582, when France switched from the Julian calendar to the Gregorian calendar, as called for by the Council of Trent in 1563. In the Julian Calendar, as in the Hindu calendar, the new year began with the spring equinox around April 1.

Still others believe April Fools’ Day got its start because of the adoption of a new calendar in 1582. Many ancient cultures celebrated New Year’s Day around April 1.

People who were slow to get the news or failed to recognize that the start of the new year had moved to January 1 and continued to celebrate it during the last week of March through April 1 became the butt of jokes and hoaxes and were called “April fools.” These pranks included having paper fish placed on their backs and being referred to as “poisson d’avril” (April fish), said to symbolize a young, easily caught fish and a gullible person.

April Fools’ Day spread throughout Britain during the 18th century. In Scotland, the tradition became a two-day event, starting with “hunting the gowk,” in which people were sent on phony errands (gowk is a word for cuckoo bird, a symbol for fool) and followed by Tailie Day, which involved pranks played on people’s derrieres, such as pinning fake tails or “kick me” signs on them.

In modern times, people have gone to great lengths to create elaborate April Fools’ Day hoaxes. Newspapers, radio and TV stations and websites have participated in the April 1 tradition of reporting outrageous fictional claims that have fooled their audiences.

Observances Around the World

April Fools’ Day is observed throughout the Western world. Practices include sending someone on a “fool’s errand,” looking for things that don’t exist; playing pranks; and trying to get people to believe ridiculous things.