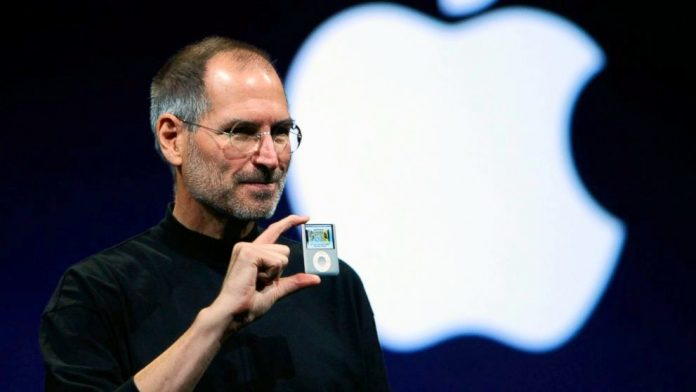 05 October 2011, Steve Jobs passed away at the age of 56 ten years ago today. The charismatic pioneer of the personal computer era was the co-founder of Apple Computer and the “Think different” advertising campaign that led to the development of iMac, iTunes, iTunes Store, Apple Store, iPod, Iphone, App Store and the iPad.

Jobs was raised by adoptive parents in Cupertino, California, located in what is now known as Silicon Valley. Though he was interested in engineering, his passions of youth are reported to be varied. He dropped out of college and took a job at Atari Corporation as a video game designer in early 1974, and saved enough money for a pilgrimage to India to experience Buddhism.

Back in Silicon Valley in the autumn of 1974, Jobs reconnected with Stephen Wozniak, a former high school friend who was working for the Hewlett-Packard Company. When Wozniak told Jobs of his progress in designing his own computer logic board, Jobs suggested that they go into business together, which they did after Hewlett-Packard formally turned down Wozniak’s design in 1976.

The Apple I, as they called the logic board, was built in the Jobses’ family garage with money they obtained by selling Jobs’s Volkswagen minibus and Wozniak’s programmable calculator.

Jobs was one of the first entrepreneurs to understand that the personal computer would appeal to a broad audience, at least if it did not appear to belong in a junior high school science fair. With Jobs’s encouragement, Wozniak designed an improved model, the Apple II, complete with a keyboard, and they arranged to have a sleek, molded plastic case manufactured to enclose the unit.

Jobs and Wozniak co-founded Apple in 1976 to sell Wozniak’s Appli I personal computer. Together the duo gained fame and wealth a year later with the Apple II, one of the first highly successful mass-produced microcomputers.

Jobs saw the commercial potential of the Xerox Alto in 1979, which was mouse-driven and had a graphical user interface (GUI). This led to the development of the unsuccessful Apple Lisa in 1983, followed by the breakthrough Macintosh in 1984, the first mass-produced computer with a GUI.

The Macintosh introduced the desktop publishing industry in 1985 with the addition of the Apple LaserWriter, the first laser printer to feature vector graphics.

Jobs was forced out of Apple in 1985 after a long power struggle with the company’s board and its then-CEO John Sculley. That same year, Jobs took a few of Apple members with him to found NeXT, a computer development company that specialized in computers for higher-education and business markets. He helped to develop the visual effects industry when he funded the computer graphics division of George Lucas‘s Lucasfilm in 1986. The new company was Pixar, which produced the first 3D computer animated feature film Toy Story (1995), and went on to become a major animation studio, producing over 20 films since then.

Jobs became CEO of Apple in 1997, following his company’s acquisition of NeXT. He was largely responsible for helping revive Apple, which had been on the verge of bankruptcy. He worked closely with designer Jony Ive to develop a line of products that had larger cultural ramifications, beginning in 1997 with the “Think different” advertising campaign and leading to the iMac, iTunes, iTunes Store, Apple Store, iPod, Iphone, App Store and the iPad.

In 2001, the original Mac Operating System (Mac OS) was replaced with the completely new Mac OS X (now known as macOS), based on NeXT’s NeXTSTEP platform, giving the OS a modern Unix-based foundation for the first time.

Jobs was diagnosed with a pancreatic neuroendocrine tumor in 2003. He died of respiratory arrest related to the tumor at age 56 on October 5, 2011.