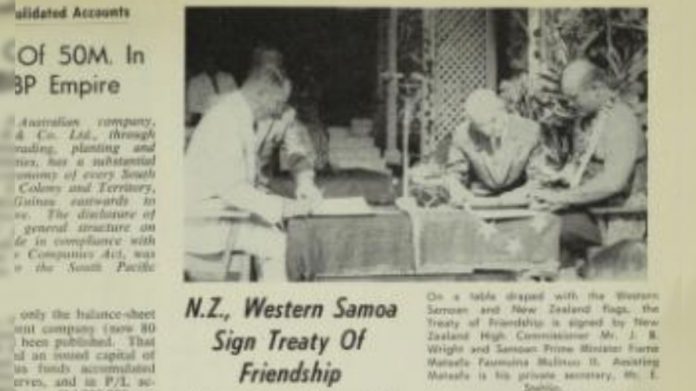 The treaty was signed following the granting of Independence to Samoa on 1st Jan 1062, after 47 years of New Zealand administration.

Representatives of Australia, Nauru and the United States attended the ceremony held at Vailima home of Robert Louis Stevenson.

The document written in both English and Samoan includes a Preamble that sets out the circumstances leading to the drawing up of the Treaty.

This is followed by seven articles setting out areas of cooperation and expressing the spirit of friendship between the two countries.

The Treaty included the following provisions…

Sixty years later, on this day, Prime Minister of Samoa Hon Fiame Naomi Mataafa is hosting NZ Prime Minister Rt Hon Jacinda Ardern and a delegation of more than 30, at the same venue of the signing.