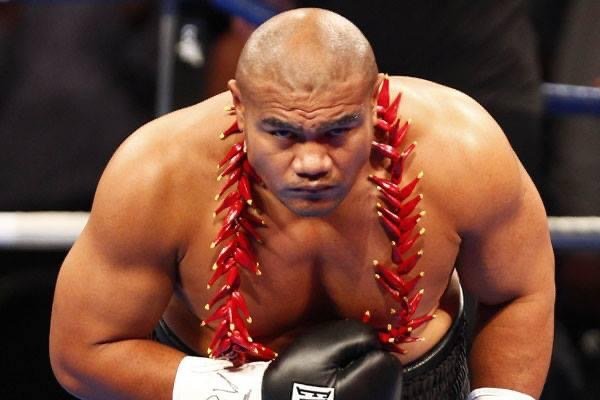 Former Samoan-New Zealand Heavyweight Boxing legend Faumuina Toaletai Mafaufau David Tua will fly out to the United States on Friday to be inducted into the Boxing Hall of Fame in a ceremony to be held at the Crystal Ballroom in Montebello, Los Angeles.

The induction had been delayed for two years due to the Covid pandemic.

Speaking in an interview with the NZ Herald, Toaletai said he is humbled by the acknowledgement, and that the recognition alone to the Boxing Hall of Fame with the world’s greatest pugilists has far exceeded his wildest dreams.

“I will accept this award for all of us. I do not accept it for myself. It belongs to the people and the giants who have gone before,” Toaletai said in the Herald interview aired on social media.

“I can never take credit because others have laid the groundwork..

“I will accept this award for all of us. I do not accept it for myself. It belongs to the people and the giants who have gone before..

“I thank my parents who did the hard work for me and I’m also thankful to this great nation of ours for the opportunities.”

“My dad always told me: ‘Never sing your own praises’. The recognition to the Boxing Hall of Fame belongs to the fans.”

The 49 year old Samoan-born competed from 1992 to 2013. A highly ranked heavyweight contender for most of his career, Toaletai was known for his formidable punching power, especially in his devastating left hook.

He scored sixteen wins by first round knockout – which included knockouts of world heavyweight champions John Ruiz and Michael Moorer within thirty seconds of the first round, as well as late stoppages of world champions Oleg Maskaev and Hasim Rahman.

He ended his career with a knockout-to-win ratio of 82.6%. By the time he hung up his gloves, David Tua had a 52-win, five-loss record.

Toaletai said the two most significant fights for him were the ones that allowed him to financially take care of his parents.

Despite making millions of dollars in earnings, he was left almost destitute after an acrimonious fallout with his management team that resulted in lengthy legal action.

But he says in the interview that has no regrets about his boxing career.

“The research the boxing writers have come up with is that I was the greatest heavyweight to have never won the belt,” he laughs and shares.