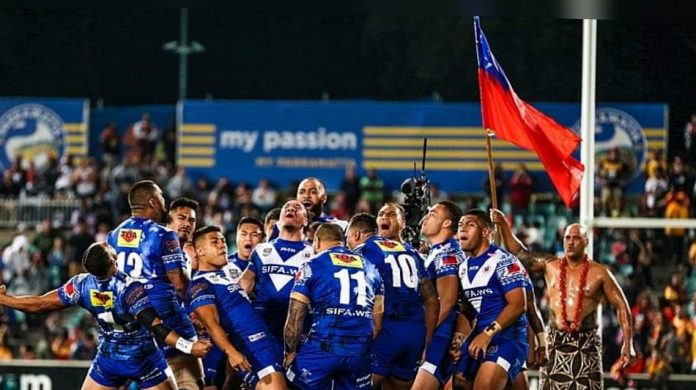 There has been a lot of hype around this Toa Samoa squad with a line-up of powerhouse Samoan players, all coming off fantastic seasons for their respective NRL clubs.

The team was announced in Apia by Samoa Rugby League President, Tagaloa Faafouina Su’a, who said the squad was a dynamic mixture of experienced players with the inclusion of NRL’s rising stars.

The majority of Toa Samoa’s starting squad is made up of players from the Penrith Panthers, who’ve been the best team in the NRL for the past 3 years.

Josh Papali’i is the big naming in this years squad. Papali’i plays prop for the Canberra Raiders and features in the State of Origin for the Queensland Maroons.

Papalii was part of Samoa’s 2017 World Cup campaign, but has since represented Australia.

In announcing his decision to play for Samoa, Papalii admitted that he had treated the last RWC outing as a holiday and is looking to redeem himself at this years World Cup.

“I guess probably my last World Cup wasn’t the best, I sort of treated it as a little vacation and probably drank a bit too often, ate more than I should have,” he said.

“I’m looking to just play a bit of World Cup for the Motherland and represent my wife and my kids and especially my parents as well.. and just make Samoa proud.”

Both Papali’i and Paulo would easily have been selected in the Kangaroos side, had they not opted for Samoa.

Paulo and prop/lock Oregon Kaufusi have been named in the Paramatta Eels 24-man line up for this Sunday’s grand final.

If selected the pair will face off againat Penrith Panthers who have six Toa Samoa representatives in their 24-man squad.

Exciting new debutants have also been named to compliment the more experienced players.

Cowboys speedster Hamiso Tabuai-Fidow who played for the Queensland Maroons in the 2021 Origin series, also gets the call up.

To balance speed and power Matt Parish has selected some big units in Sharks props; Braden Hamlin-Uele and Royce Hunt.

The most riveting naming among this years debutants is Roosters teenage sensation Joseph Suali’i.

Sualii is the most wanted new talent in the NRL. The Australian born made a late announcement last week that he wanted to give back to his parents’ country of birth by putting on the blue jersey.

Sualii’s announcement caused a ripple of public debate on NRL eligibility rules and brought on criticisms from members of the media calling for changes such as players commiting to a national side before the Origin.

Notably missing out on selection is Wests Tigers winger David Nofoaluma, who has spent the last half of the season on loan to Melbourne Storm.

Nofoaluma scored four tries in Samoa’s 42-12 defeat of Cook Islands at Campbelltown Stadium and is among 10 players from June’s Pacific Test squad to miss out on RWC selection.

An NRL release confirms Warriors forward Jazz Tevaga, who played hooker in the June Test has been ruled out due to a serious shoulder injury requiring surgery. 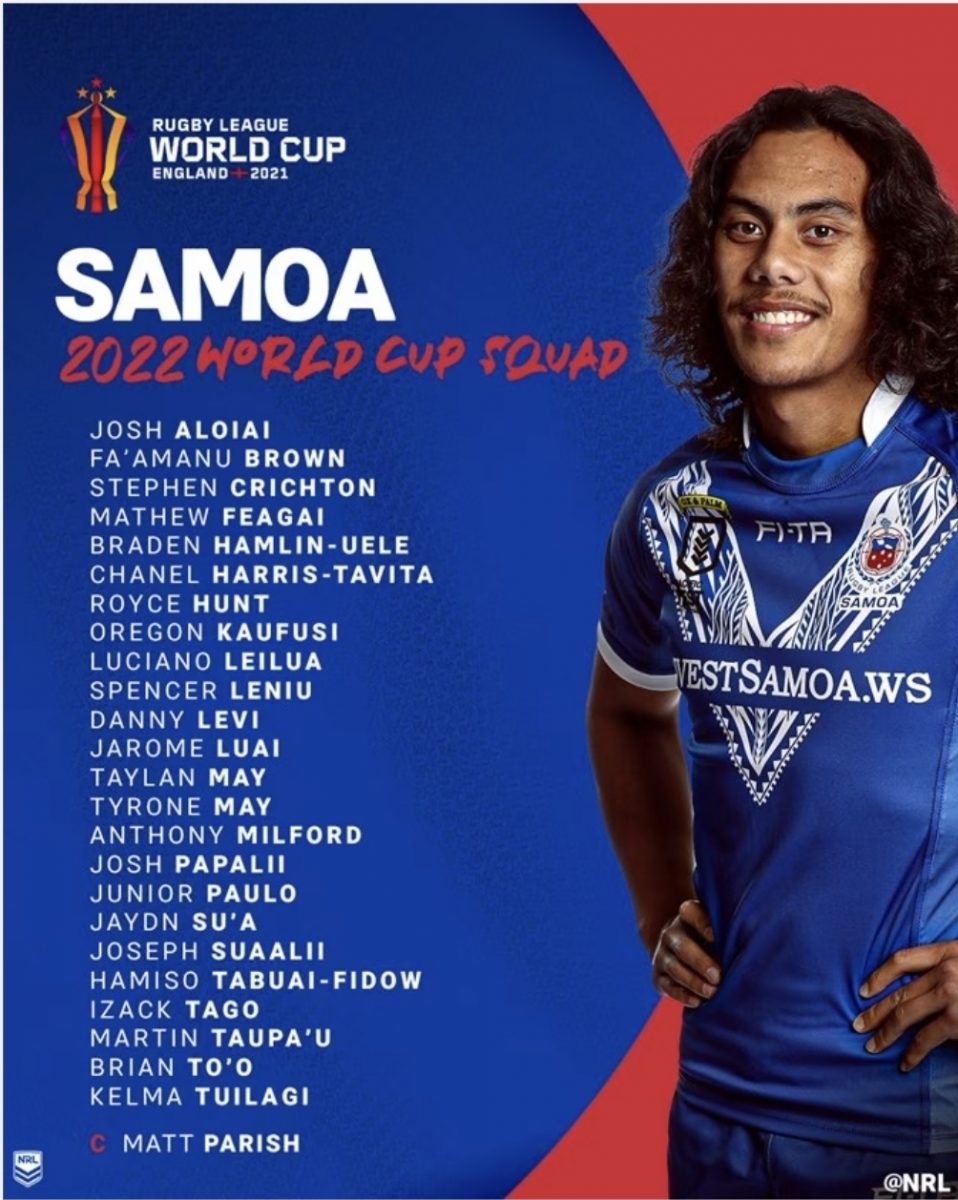 Samoa are pooled with England, France and Greece and will play the first match of the Rugby League World Cup against host nation England on the 15th of October before taking on Greece at Doncaster on October 23 and France at Warrington on October 30.