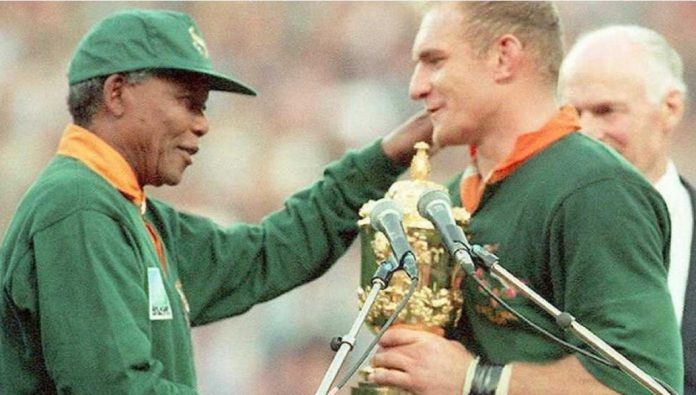 Hosted by South Africa it was the first World Cup South Africa had participated in, as the nation had been kept out of the competition during apartheid, so the victory was a meaningful one. 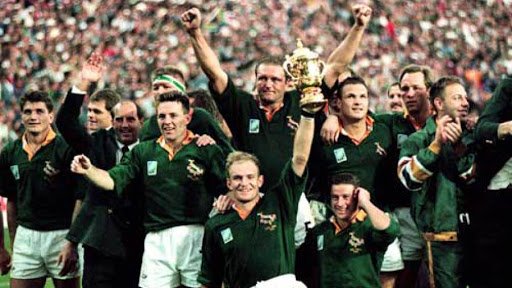 In the final,  South Africa defeated New Zealand 15–12, with Joel Stransky scoring a drop goal in extra time to win the match. 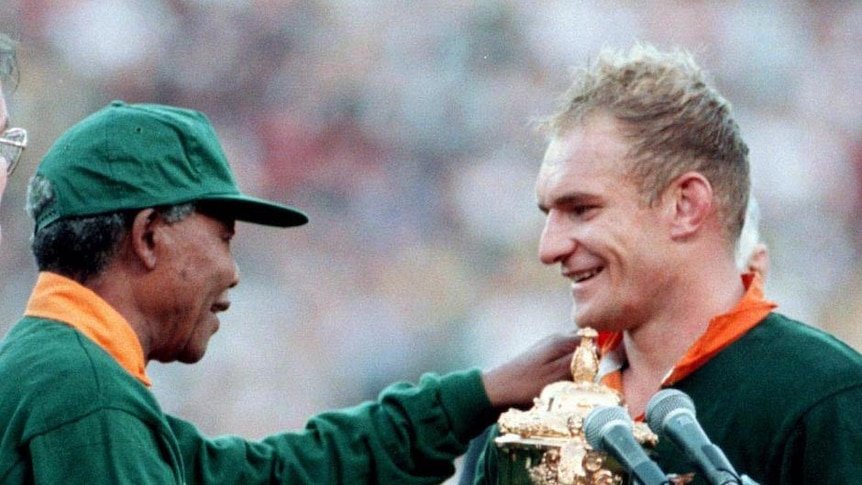 In South Africa, rugby had been seen as a sport for white Afrikaaners, but President Nelson Mandela saw that the tournament could be a chance for a broader social reconciliation. Mandella took the opportunity to make the sport of rugby a catalyst for a united future. The national hymn Nkosi Sikelel i Afrika (God Bless Africa) was sung by all across the stadiums.

By the time the 1995 World Cup was over, that vision was much closer to being a reality.

Following Mandela’s death in 2013, Francois Pienaar, who had been captain of that 1995 team reflected on his relationship with Mandela, the link between sports and politics, and the moment he realized that the June 24th game would go down in history.

Samoa played South Africa in the quarter-finals of the 1995 RWC. Captained by Pat Lam, the front row for Samoa had George Latu (now Partner of Latu Law in Samoa) and Mike Mika (now a District Court Judge in NZ).

South Africa then played France in the semi-finals before defeating NZ 15-12 in a tryless final.

The tight Springbok defence would keep the high scoring All Blacks in check – particularly Jonah Lomu and Marc Ellis, who had already scored a then World Cup record seven tries each in the tournament. Neither team scored a try in the match.

South Africa led 9–6 at half time, and New Zealand levelled the scores at 9–9 with a drop goal in the second half. Though Andrew Mehrtens almost kicked a late drop goal for the All Blacks, the score remained tied at full-time, forcing the game into extra time.

Both teams scored penalty goals in the first half of extra time, but Joel Stransky then scored a drop goal to win the final for South Africa.

The final was refereed by Ed Morrison of England. To this point, New Zealand had led the tournament in production, outscoring their opponents 315–104, while South Africa had outscored their opponents 129–55.

New Zealand defeated Scotland in the quarter-finals, and England in the semi-finals – a game in which Jonah Lomu famously scored four tries for the All Blacks.