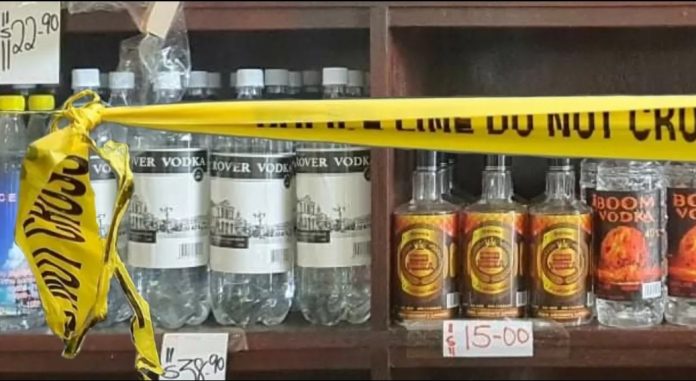 The three young men all in their early 20s charged with murder and held in custody following the death of a 38 year old father from Fasito’o-Uta during White Sunday weekend have applied to be released on bail.

Counselors were told by Justice Leiataualesa Daryl Clarke to file and serve their bail applications by Friday this week.

It is alleged that during White Sunday weekend the three young men had been drinking with the deceased with a fight broke out amongst them. The deceased died of wounds inflicted during the alleged beating.

When this incident was first reported Commissioner of Police, Su’a Fuiavailiili Egon Keil warned against locally produced vodka found at the scene of the crime.

Two months prior during Father’s Day long weekend, a 40 year old man was killed after being allegedly intentionally run down by a work colleague following a drinking session where the Commissioner had also highlighted locally produced vodka.

Locally produced Rover was specifically mentioned by Justice Tafaoimalo Leilani Tuala-Warren during the sentence of four youth earlier this month. All four young men were jailed for manslaughter following the death of a 38 year old father from Samalaeulu in August 2019.

In handing down her sentence, the Supreme Court Justice highlighted the dangers of Rover vodka, calling for authorities to take tighter controls and raise public awareness of its impacts.

Justice Tafaoimalo reiterated the Police Commissioner’s concerns on the impacts of locally produced vodka with labels that do not show percentage alcohol or ingredients.

“The unnecessary loss of life.. is tragic and incalculable. The loss of liberty for these four young defendants is tragic for their respective families,” Justice Tuala-Warren had said.