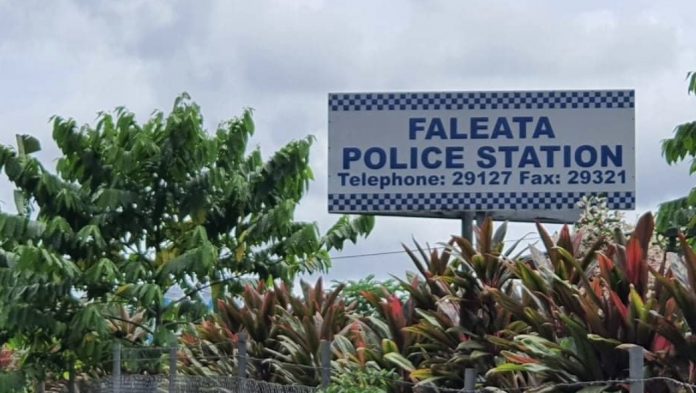 25 April 2022, Apia Samoa. Three women have been charged with causing injury and assault in relation to a domestic violence incident where a mother of three was beaten this past weekend.

The incident went viral on social media when the woman’s battered face was posted by an anonymous page claiming to be the victim’s neighbour. Published at 2:17am on Sunday morning, the post which included personal information about the victim, called on the Samoa Victim Support Group to help, and pointed blame towards Samoa Police for not responding.

Deputy Police Commissioner, Auapaau Logoitino Filipo in response to questions from Samoa Global News, confirmed that police had already made three arrests by Monday morning. “Three females have been charged with causing injury and assault,” said the Deputy Commissioner.

“They are awaiting remand by the deputy registrar of the Court..”

According to Auapaau, Officers from the Faleata Police Depot did respond, however, the victim had told them that she preferred not to come with them at that time. She preferred to go in for a police statement, and also to see a doctor, the next morning.

“She told our officers that there was no-one to look after her children, and she didn’t want to uproot them at that time.”

Samoa Police assisted the next morning and took the woman survivor to the hospital for a full medical check and treatment, accompanied by the Samoa Victim Support Group who had mobilised their own response teams, having been alerted to the incident via social media.

The young woman survivor and her three children are now safely settled at the Domestic Violence Shelter “the Sakura House” – an SVSG battered woman’s home that was built by the kind support of the Government of Japan.

SVSG have said in a media release that the safety of the woman and her children was their priority. “The young woman survivor and her 3 children are settling in at their temporary accommodation while the Police investigate the matter”.

SVSG have stated that they would be following up with the Police on behalf of the woman survivor and her children.

“The carers at the shelter are attending to survivor’s daily wellbeing while SVSG’s Psycho Social Support have connected virtually with the woman, in light of precautionary measures at the Campus of Hope shelter facility due to COVID-19”.

The Chair of the SVSG Board, Georgina Lui acknowledges the support from all its partners here and afar, who have alerted and reached out to SVSG on this case, and offered prayers while the Response Team were on the road.

“This saving lives operation was a success, as the mother and her three children were rescued and safely sheltered. Thank you Samoa for your continuous support and for entrusting SVSG with matters affecting our families, especially the most vulnerable population, usually women and children”, concludes the SVSG statement.

The SVSG Nofotane Project was launched to address the common abuse of women by their husband’s family members. It is understood the victim in this latest case, was beaten by members of her husband’s family.