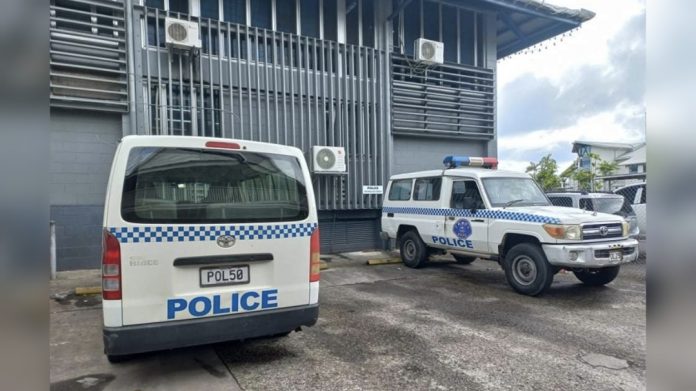 21 February 2022, Apia Samoa. Three police officers have been suspended while two have submitted resignations as internal investigations continue into allegations of drug involvement within the force.

Deputy Police Commissioner Auapaau Logoitino Filipo says investigations of the Professional Standards Unit (PSU) continue, and more cannot be said about the inquiry until the final report has been received.

“I can confirm three officers have been suspended, and two others have resigned”.

As the Samoa Police Professional Standards Unit (PSU) deepens its investigation into what began with 20 cops allegedly involved in drugs, the extent of police involvement in drugs is surfacing to be a serious issue.

A source told Samoa Global News tensions are heightening as the identities of officers are being revealed, and higher ranked officers are named in the inquiry.

The question of safety and security for Acting Commissioners who ordered the investigation has also been raised.

“We are hearing murmurings of those involved being unhappy with the Acting Commissioners for digging these things up,” said a source. “They’re saying, we don’t want a repeat of what happened in American Samoa”.

The reference is made to an incident in recent years where a. American Samoa police officer was gunned down infront of the Courthouse.

However DC Auapaau says they are well aware of the risks, and “safety is a top priority” for not only themselves but members of the PSU and also their families.

“It’s not good for us to enforce the Law if there are doubts in the community about the integrity of Police,” said Auapaau. “So this investigation will also protect the Ministry,” said Auapaau.

When the investigation was first launched, then Acting Police Commissioner Leiataualetauā Logoimauga Samuelu Afamasaga said members of the police force will face the full extent of the law, should the inquiry confirm allegations that may lead to charges.

Some local media with inside sources have listed the ranks of those allegedly involved, ranging from Corporal to Constable, Senior Constable, Sergeant and Senior Sergeant.