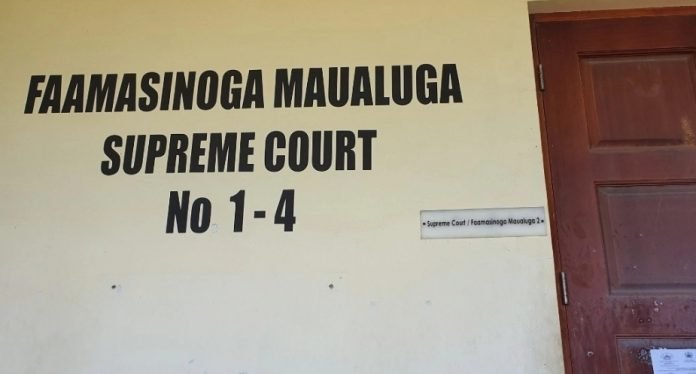 Three former employees of “Cost Less” Supermarket at Vaitele have all pleaded guilty to nine charges of theft as a servant against them.

Unrepresented in the Supreme Court during Monday morning criminal mentions, each stood  before Justice Fepuleai Ameperosa Roma to enter guilty pleas to nine charges relating to stolen goods worth over $20,000 tala.

Iele Etuina, Setefano Tapu and Pene Timoteo accepted the police summary of facts that on nine separate occasions, they stole cartons of frozen chicken, and boxes of ‘chicken frank’ sausages from their employer.

The first incident occurred between 30th September and 1st November 2020, when the three colluded and stole 30 chicken leg boxes valued at $60 tala each or a total of $1,800.

In a second incident in February 2021 the defendants doubled their take and stole 68 cartons of frozen chicken and chicken frank sausages valued at over  $4,000 tala.

They did it again in March 2021 taking 70 cartons valued at $4060 and then repeated the cycle each month, taking between 50 – 60 cartons from their employer each time.

The defendants are on bail to be sentenced by Justice Niava Mata Tuatagaloa in October 2021.