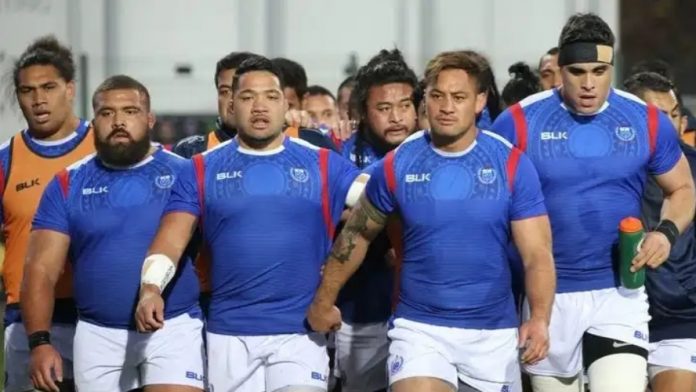 27 year old Michael Alalatoa is the son of former Manu Samoa Vii Alaalatoa who made his own debut for Samoa against Ireland in 1988 and was a member of the 1991 Rugby World Cup squad.

Samoan born Scott Malolua has come through the Queensland and Australian Schoolboys system and has recently earned selection into the Reds after three seasons in the NRC with Queensland Country.

Tofatuimoana Solia is one of three Samoan based players selected in the 2019 squad. Solia earns his International call up off consistent performances for Samoa 7s in the HSBC World Series.

The selection sees Ed Fidow and Tim Nanai-Williams rejoin the backline in the final match before Jackson names the final Rugby World Cup squad for Samoa.

“We’ve selected a side which we believe can see opportunities and have the confidence to take them. The players know that they can make these decisions with the full support of our coaching staff. It’s time to express themselves and enjoy the occasion. I’m really looking forward to seeing our three debutants play in the Blue jersey,” said Vaeluagaomatagi.

The Manu Samoa coach says he expects a physical encounter with the NZ Heartland XV who will be making the most of their opportunity to take on an international side at Eden Park.

“Look I’m expecting passion – I’m expecting physicality. Having played in a rural town in Southland – I understand how they feel and how hungry they’ll be to go out on Eden Park and have a crack at beating an international side;

“When those guys put on that black jersey, they’ll represent their country as much as what we will – so it’s going to be a really exciting game.”

After several trial runs with various captains in the past few games, Jack Lam resumes the leadership role for tomorrow’s match as open-side flanker.

The NZ Heartland XV side is drawn from players of provincial unions that compete in the Heartland Championship, an amateur domestic competition below NZ’s fully professional Mitre 10 Cup.

New Zealand Heartland XV Coach Mark Rutene says the players are excited about the challenge ahead of them.

With the core of the squad from the 2018 campaign returning in 2019, Rutene said those connections will be key in next week’s build up.

“Opportunities like this don’t come around every day. We are calling this our test match, it’s the biggest game our Heartland team has played. It’s against a passionate and proud international side and it’s at Eden Park. Both teams can look forward to that.”