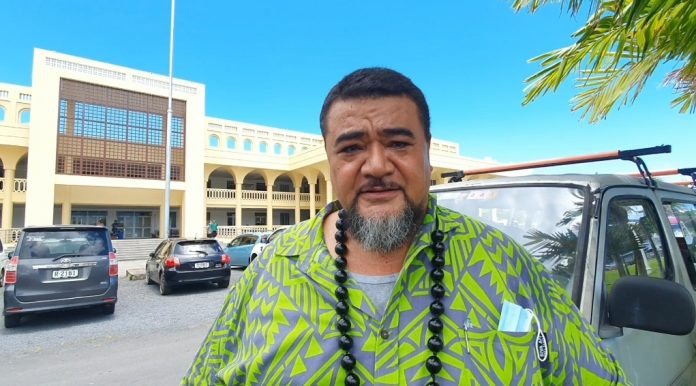 It is the third time Tuula Kiliri Tuitui has tried to compete in the general elections against Samoa’s Prime Minister Hon Tuilaepa Dr Sailele Malielegaoi.

Tu’ulā Kiliri Lafi Tuitui of Saleapaga village had tried to register for the previous two elections, but was declined and deemed ineligible due to various requirements of the Electoral Act.

When nominations for candidacy closed on the 23rd of October 2020, Tuula was announced as one of two registered candidates to compete against the Prime Minister in the 2021 general election for Lepā.

At the time, Prime Minister Tuilaepa told the media that he was happy to see another two candidates registered to run against him, as proof that the democratic process was alive and well in Samoa.

For Tuula, he had thought it was third time lucky for him, however, it would be a short-lived celebration when a decision by the Supreme Court on Friday ruled him ineligible to stand as a candidate, for once again, failing to meet the ‘monotaga‘ or service to village requirement.

The election petition was  brought by Lepā’s third candidate, Faletagoa’i Tausaga from the village of Aufaga, challenging that Tuula did not meet the three year monotaga requirement.

According to Tu’ula, several matai from his village of Saleapaga had given him their full support, however, they had since changed their minds and appeared in Court to testify against him.

In addition to being disqualified to compete in the upcoming elections, Tu’ula was also ordered to pay an amount of $5,000 to the applicant, Faletagoa’i.

Outside the Mulinuu Courthouse, Tuula could not hold back his deep disappointment, and asked that  a message be sent to his challengers, quoting from the Book of 1 Samuel 24.

“Know and see that there is neither evil nor disobedience in my hand, and I have not sinned against you Tuilaepa, though you have hunt for my life to take it, may Jahweh judge between me and you, and may Jahweh avenge me of you, but my hand will not be on you..” Tulia read from a prepared written statement.

Tuula added that it was important for youth of his district to know that “dirty politics” was not ok.

Tuula says he was surprised when members of his village turned against him, alleging that they had shifted their support for him when Faletagoa’i approached them.

“They are hypocrites,” Tuula says of his village matai. “They all agreed to support my candidacy during a village meeting, but they changed their minds when Faletagoa’i approached them,” he said.

Faletagoai Tausaga remains a candidate for Lepā, to contest the seat of the Prime Minister.