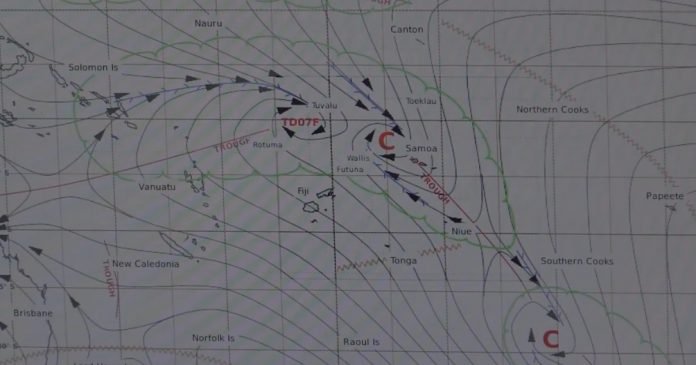 The Low Pressure System will bring heavy rain and gusty winds in the next 24 hours.

TD07F is forecasted to move South East towards Samoa by tonight, and is highly likely to develop into a Tropical Depression within the next 24 to 48 hours with low to moderate potential to develop into a cyclone. 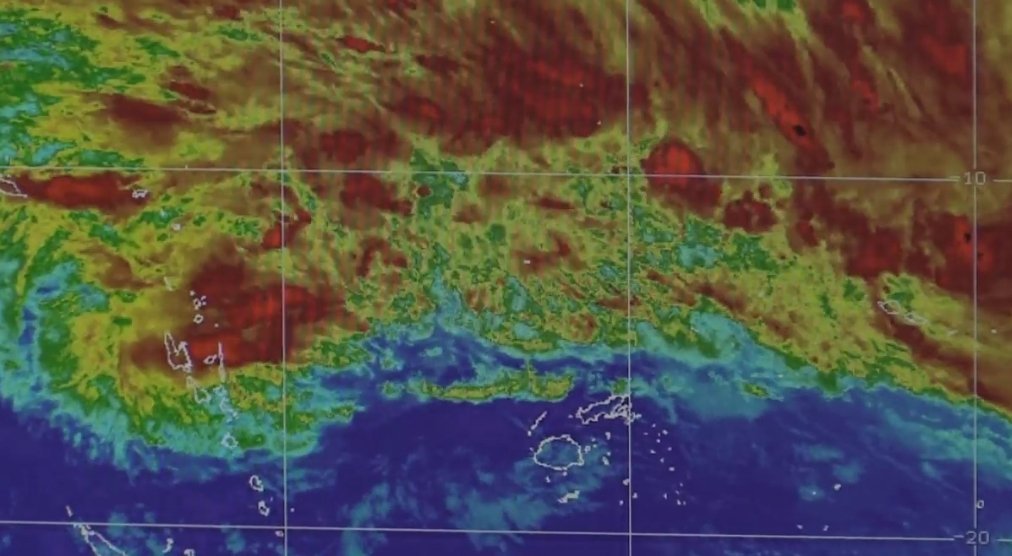 To the North of a Samoa is a cloud band associated with another low pressure system slow moving over the islands bringing showery activities and gutsy winds.

An advisoty remains for alia boats due to high swells and gusty winds.