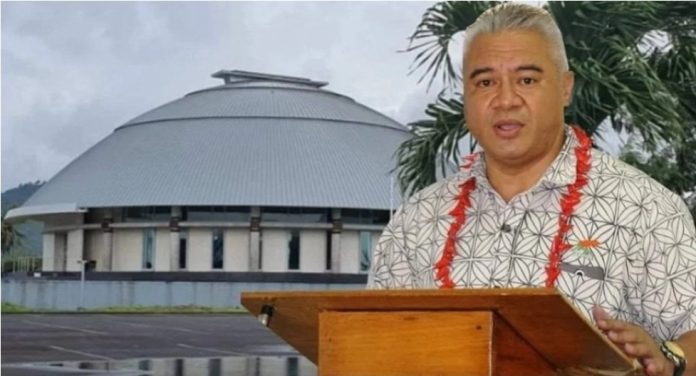 20 May 2021, Apia Samoa. The official announcement for the opening of the XVII Parliament of Samoa is expected to be released today and the Clerk of the Legislative Assembly has put to rest misunderstandings about the Speaker’s eligibility to have a casting vote.

Tiatia Graeme Tualaulelei starts by confirming the order of business, as previously seen during the first opening of Parliament after a general election..

“Yes. The first order of procedure; is to appoint the Speaker and Deputy Speaker”, says Tiatia.

The FAST majority of one seat (26-25) raises the next question, also with an obvious answer, however, nothing can be left un-triple-confirmed in the current climate of uncertainty.

After the Speaker resumes his or her seat in Parliament, there remains a floor of 25 HRPP – 25 FAST members of the Legislative Assembly. Can the Speaker of the House vote on the next order of business – the appointment of the nation’s Prime Minister?

The Clerk of the Legislative Assembly clarifies, “Article 58 of the Constitution and Standing Order 93 provides that the Speaker does not have a deliberative vote on any matter or question, but in the case of an equality of votes, the Speaker is eligible to have a casting vote”.

It can be expected that by a single vote the XVII Parliament of Samoa shall appoint its Speaker and Deputy Speaker, and by a casting vote, Samoa’s Parliament would appoint its first woman Prime Minister, 59 years after its Independence as a sovereign nation.

The official notice to convene Parliament has not yet been released, however, Tiatia says they are expecting that soon, and in time for their own preparations.

“His Highness is aware of his obligation to call Parliament within 45 days which expires next week. We are expecting the notice declaring the date of the State Opening of the XVII Parliament.. hopefully by today (Thurs 20th).. which gives us sufficient time to prepare and give public notice”, says Tiatia.

Last night FAST leader Hon Fiame Naomi Mataafa said they’ve had further discussions with the Head of State who has agreed to convene Parliament, and FAST have asked for this Friday 21st May.

In a live broadcast on Monday night, Hon Tuilaepa Dr Sailele Malielegaoi said Parliament could not convene until the 75 post election petitions were heard and decided by the Courts.

Previous openings of Parliament after a general election has never waited on the Court process of election petitions and/or the inevitable by-elections that may follow.