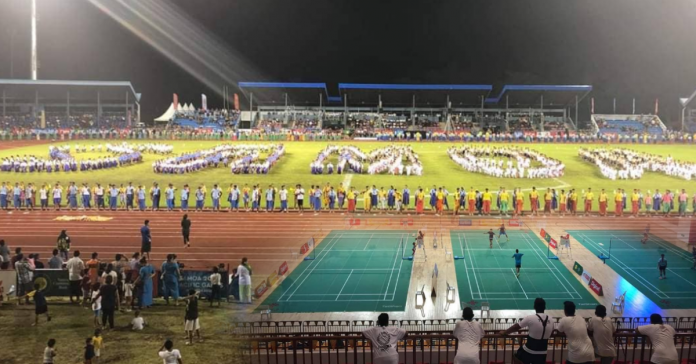 07 July 2019, Apia Samoa. The biggest Pacific Games ever in terms of participants is due to launch in a few hours with composed style despite torrential rain in the lead up to the Opening Ceremony.

Chief Executive Officer of the Pacific Games Council Mr Andrew Monique confirms the “latest tabulation of participants to be over 5,000 athletes and team officials to take part over the next two weeks, making this the biggest Games ever”.

According to Mr Minogue, the Samoa 2019 XVI Pacific Games beats all previous Games participant records. The previous record holder was New Caledonia in 2011, with a total of 4,899.

The 2019 XVI Pacific Games is staging 27 sports and hosting athletes from 24 countries. When Samoa hosted the Games in 2007, there were just under 4,500 athletes and officials.

There is heavy rain over Samoa but the officials, organisers, students expecting to perform, and the people of Samoa are soldering on in their usual resilient fashion to prepare for the Opening Ceremony.

With just hours before the official opening ceremony begins, Samoans flood their social media posts with positive messages of encouragement as people continue to arrive at the Apia Park Stadium for set-up preparations.

Another post shows St Mary’s College students posing for photos before they make their way to Apia Park Stadium.

“St Mary’s College all ready for the Opening Cetemony of the Pacific Games👍 All the best Girls and God Bless Samoa😘😘”. 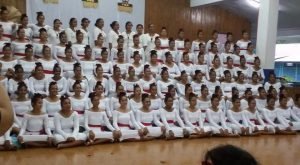 Host and Samoan lawyer Tosimaea Tupua is pictured here with co-host and business woman Sylvie Salanoa who will co-host as a French translator.

“Despite heavy downpour, Samoa We On!” says  Tosimaea Tupua.

Local  broadcasters TV3 have publicised a notice advising a possible postponement until the rain lifts.

The Samoa XVI Pacific Games 2019 is scheduled to start at 6.30pm and the people of Samoa remain faithful that the rain will lift in time for the ‘Games to Go On’.