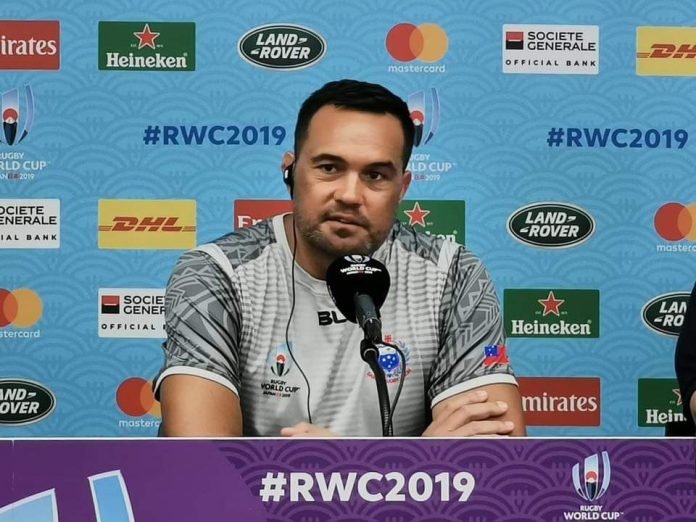 Manu Samoa has not made a Rugby World Cup quarter final since 1995 when they advanced with England after beating Argentina and Italy.

“As a group we said from day one that we just don’t want to be involved in pool play, we want to go beyond and that’s still on our minds but we’ve got to treat every game like it’s a rugby World Cup final,” Jackson told a news conference.

Jackson said he has challenged his players to create their own legacy to match the Samoan quarter-finalists of 1991 and 1995.

Samoa has united behind their national rugby team, flooding the social media with well wishes as the nation uplift their boys in prayer.

Manu Samoa are pooled with Ireland who are currently ranked 2nd in the world, Scotland who are ranked 8th and hosts Japan.

Head Coach Vaeluaga Steve Jackson has analysed the Russian side who have just come off a four day rest after a 30-10 loss to Japan.

“I think they played extremely well especially in that first 30-40 minutes.

“They really dominated a lot of the play, their kicking game was good and so were their set pieces.”

Manu Samoa have made five changes to the side that started in the 34-15 defeat to Australia in Samoa’s final warm-up match, with Chris Vui coming off an injury to captain the side.

The Manu Samoa match will be played tonight at 11.15pm Samoa time.