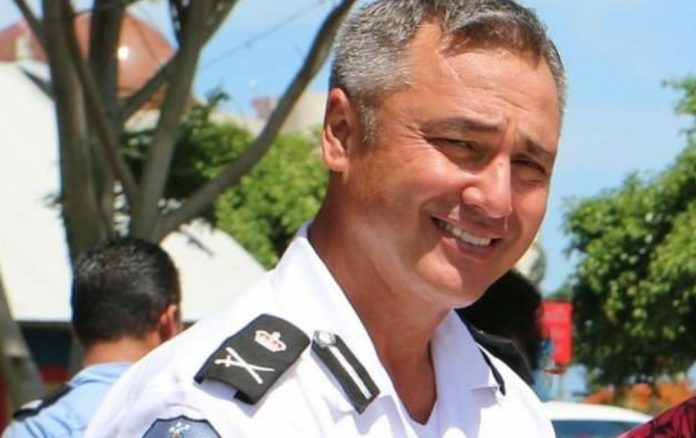 The man who drove a major reform and clean-up of Samoa’s police service over the last six years has resigned.

Su’a Fuiavailiili Egon Keil has issued a statement confirming his resignation this morning saying “I have served two terms and have decided that it is time to focus on spending time with my family and other personal pursuits..

“My current contract was extended by the previous Government to assist with the transition of Government after the general election..

“Last week we welcomed the new Hon Minister and Hon Associate Minister of Police and with that transition now completed, I have decided that my time of service has also come to its conclusion”.

Commissioner Keil led a complete reform of Samoa’s Police department weaving out corruption and a laid back approach to crime. Keil completely overhauled the Police service during his six years, turning the reputation of the Police department around and lifting the quality of service, with zero tolerance to corrupt practices.

Appointed in March 2015, Su’a Fuiavailiili’s reforms of the police department were not taken lightly by the existing old school regime. They planned Sua’s arrest and in his first year, the Commissioner faced frivilous criminal charges filed against him, in a plot that involved some of the Assistant Commissioners at the time. All charges were thrown out by the Supreme Court and Su’a returned to serve Samoa.

After he was exonerated, Keil then moved through the police force to weave out a culture of corrupt practices and laid back approach to crime and public complaints.

This followed a string of suspensions and several officers were dismissed as part of a major overhaul of the Samoa Police serive. Most Assistant Commissioners were offered early retirement as part of the clean up.

Commissioner Keil came down hard on the drug ring in Samoa, being the first Commissioner to raid and clean up the well known marijuana plantations of highland Faleatiu and Satapuala, as well as Faleula-Uta.

Several other women now hold Assistant Commissioner levels of management within the Samoa Police and Prison services and last week, two women were awarded the top marks and dux of the new recruits.

Commissioner Keil and Deputy Papalii Monalisa Tiai-Keti escorted the Chief Justice Satiu Simativa Perese and the Samoa Judiciary from the Courthouse to the Maota Fono on the morning of Monday 24th May 2021, amidst the political crises and impasse of that morning, when Parliament House doors were locked.

When incompetence became evident at the Samoa Prisons and Corrections Services after multiple prison breaks including the mass prison break of March 2020, Commissioner Su’a Fuiavailiili Egon Keil did not complain when he was handed the added responsibility in 2019 to also look after prisons.

Again, Samoa saw Su’a move quickly to immediately remove staff who did not align themselves to reforms starting with then Assistant CEO of Prisons, Maiava Viiga Fuimaono.

In taking over the Prisons, Commissioner Keil conducted a sweep of prison cells to find several illegal goods and smuggled materials that could potentiallly be used as weapons.

Keil led major reforms to the organisational structure of the Samoa Police, with extra training opportunities secured for officers, and each year, advancements in staff promotions were implemented throughout the service.

Commissioner Keil established connections between Samoa’s Police and all regional law enforcement agencies, and quickly gained a reputation amongst his colleagues in the region as a well respected leader in advancing break-through initiatives by thinking outside the box about how opportunities could be sought with international partners.

Today I can confirm that I have resigned as the Police Commissioner of Samoa.

I handed my Notice to the Honorable Minister of Police this morning.

My current contract was extended by the previous Government to assist with the transition of Government after the general election. Last week we welcomed the new Hon Minister and Hon Associate Minister of Police and with that transition now completed, I have decided that my time of service has also come to its conclusion.

I have served two terms and have decided that it is time to focus on spending time with my family and other personal pursuits.

The Ministry has a strong group of Deputies and police officers that I am grateful to have worked with. I am confident they will continue their dedicated hard work for Samoa.

I have devoted my life to be the best police officer I can be, in service of the community. To have been the Commissioner of my country of birth has therefore been an honour and a privilege that my family and I will forever be grateful for.