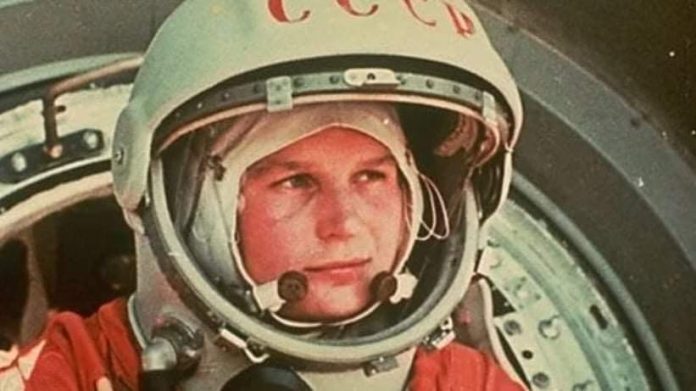 In June 16 1963, the first woman rocketed into space. Her name was Valentina Tereshkova and she bravely went where no woman had gone before.

Before she was a cosmonaut, Tereshkova was a textile worker.

The first woman to fly in space had no experience as a pilot. Tereshkova volunteered to join the Soviet space program in 1961 due to her hobby, skydiving.

This experience proved to be of value in the selection process, as cosmonauts were required to parachute from their capsules upon returning to the Earth. Having completed 126 parachute jumps, Tereshkova made an impressive candidate.

In February 1962, Tereshkova and four other women (Tatyana Kuznetsova, Irina Solovyova, Zhanna Yorkina and Valentina Ponomaryova) were selected from a pool of over 400 applicants.

According to the European Space Agency (ESA), the original plan was for a joint mission to take place, putting two women in space with solo missions aboard Vostok 5 and 6 sometime in March or April of 1963. Tereshkova was to crew Vostok 5 with Ponomaryova aboard Vostok 6. However, plans changed.

After 18 months of training, Tereshkova launched into space on June 16, 1963 aboard her Vostok 6 spacecraft, just two days after Bykovsky lifted off inside his Vostok 5 capsule.

It marked just the second time two crewed spacecrafts were in orbit at the same time. The two capsules came within three miles of each other and communications were established between the two spacecraft.

At just 26, Tereshkova had become the first woman to fly in space.