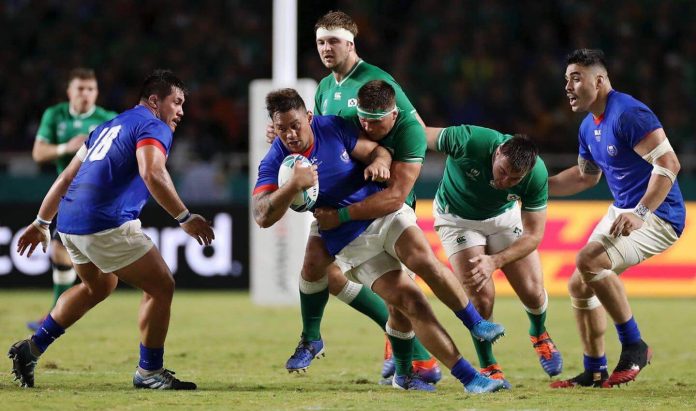 Seilala Lam was sent off for a yellow card minutes after conceding that try. Seilala had dipped low to make his tackle but the Irish player fell even lower into Seilala’s shoulder.

The game was running away quickly from Samoa.

Ireland put together some dazzling skills to put Johnny Sexton under the post to make it 21-0 all within the first 20 minutes.

A glimpse of hope was sparked within the Samoa camp when they earned a penalty to give themselves outstanding field position.

Off excellent set piece, Manu Samoa captain Jack Lam was able to barge his way over to make it 21-5.

All of a sudden momentum was with Samoa when Irish Centre Bundee Aki was given a red card for a nasty high tackle on Ulupano Seuteni.

The referee is heard stating that there were no mitigating factors to allow a degrading to yellow as he makes a confident decision to remove the Irish no 12 for the rest of the game.

Despite going against momentum, the classy Irish outfit kept composure and managed to still score a try at the stroke of halftime. Off steady scrum Johnny Sexton hit the line hard and fast to go over for his second try of the game.

Ireland went into halftime with a 26-5 lead. 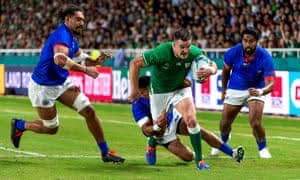 Although the Irish were down a man in the backline, winger Jordan Larmour still managed to cross over in the right hand corner, off a crisp skip pass by Conor Murray.

The next 20 minutes for Samoa was straight up defence. Samoa endured phase after phase and penalty after penalty until it’s defence finally gave in to allow CJ Stander to crash over off a pick ‘n go.

The men in blue looked to have just given up, their  attack looking unstructured and moving backwards.

Manu Samoa managed to get themselves 5 metres from the line off the back of a penalty.

With a 12 man rolling maul Samoa looked certain to score however replacement lock Piula Faasalele lost the ball on the try line, which pretty much summed up what Samoa’s 2019 RWC campaign has been like.

Manu Samoa end its rugby world cup campaign with a 47-5 loss to Ireland. 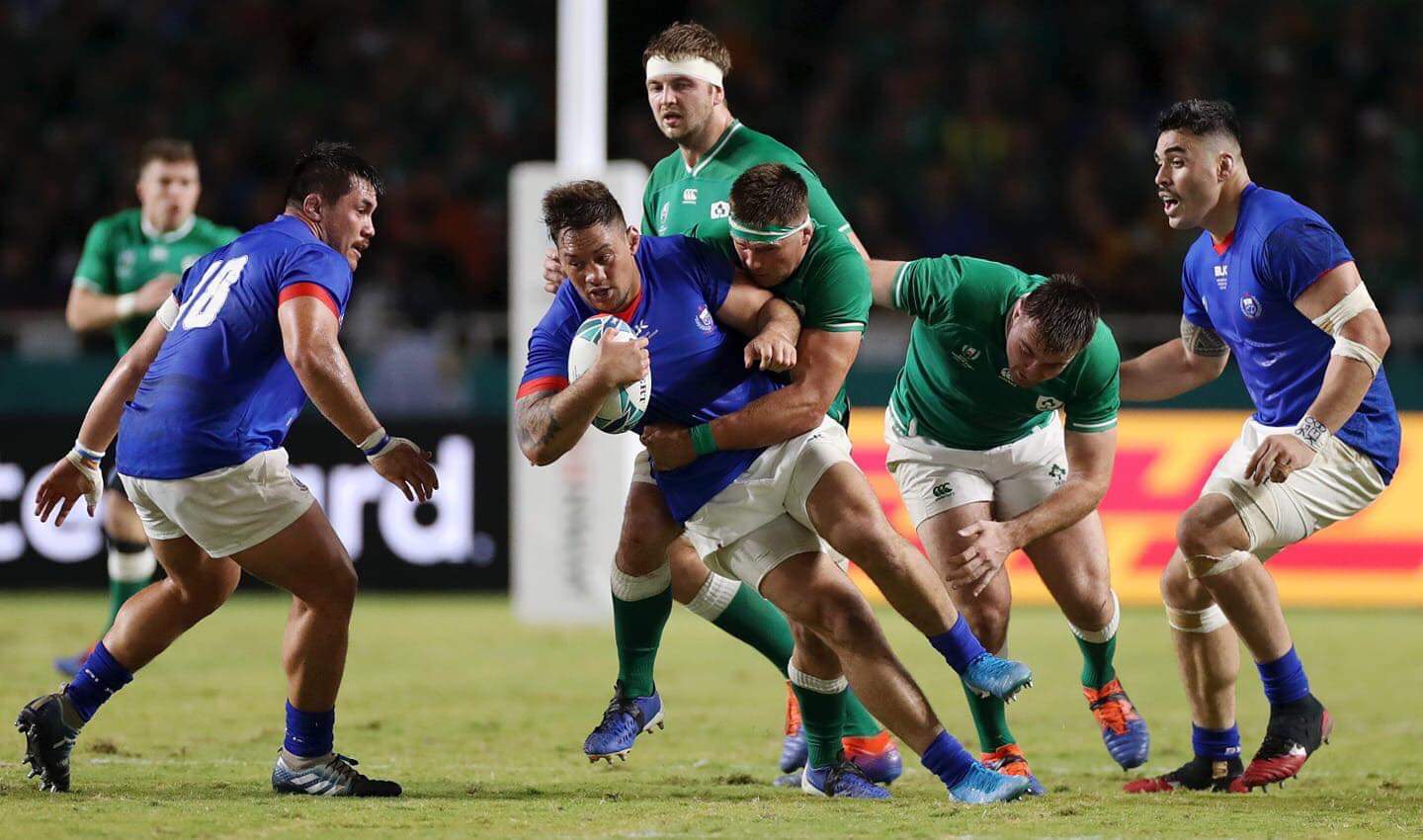