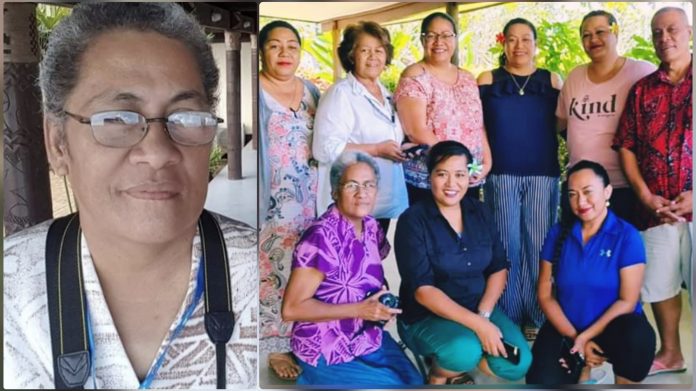 Tuesday 3rd April 2022. The digital revolution has brought many changes to Samoa including a shift in to social media platforms that has created overnight media experts.

This is a view from the Samoa Journalist Association President Lagi Keresoma in a public statement to celebrate World Press Freedom Day today which is themed, “Journalism Under Digital Siege”.

“Suddenly everyone becomes a media expert overnight stealing the exclusive role of the proper media or journalists,” said the President.

World Press Freedom Day today, May 3rd has been celebrated since its endorsement by the United Nations General Assembly almost 30 years ago in 1993.

Globally, and as we’ve seen during the Russian-Ukraine war, it is also a day of remembrance for those journalists who lost their lives in the pursuit of a story.

This year’s theme of “Journalism Under Digital Siege” places a focus on the impacts of the digital era on freedom of expression, access to information, cyber bullying, privacy and safety of journalists. It also highlights the need to verify data and perform fact checks not only on written words but also on images portrayed.

Here in Samoa, the JAWS President acknowledged that the experience of the Samoan media is not as harsh compared to their colleagues in other parts of the world. “They have had to face physical and even death for standing up in exposing corruption,” she said.

“We do encounter daily attacks from all sorts of walks either directly or on social media platforms, and the continuous cyber bullying of our journalists,” said the JAWS President.

The JAWS President quotes from Mahatma Gandhi with the reminder, “Freedom of the Press is a Precious Privilege that No Country Can Forgo”.

As the Journalist Association of Samoa joins the global media in celebrating World Press Freedom Day 2022, President Lagi Keresoma also a veteran journalist of over 30 years experience, says Samoa Media has come a long way and in this time of digital era, press freedom and the flow of information needs accessible free internet, especially now as the world fights COVID-19.

“Information in a democratic country is not only seen as a fundamental right but is a vital instrument of survival in such times, and with modern technology and internet connectivity, we enjoy the free flow and easy access to information”, said the JAWS President.

“But with such freedom of accessibility to the internet enters another dilemma, Governments restricting or depriving the public of information..

“This is evident in several countries where their Government had censored contents or took control of the internet and by doing so severed vital connections between the public, media and information,” said Ms Keresoma.

The JAWS President says the closest Samoa came to experience such an issue was when the government threatened at one stage to close down Facebook “which is the most popular platform  in Samoa for the public and one of the media avenues of getting information out”.

“Such interference from the Government has impacted greatly on the freedom of expression and the vital role of journalists who are constantly under digital surveillance either by the Government or others,” she said.

Keresoma reflected back to the country’s general election last year and the political crisis that followed.

“This was a classic example of the media coming under surveillance by both major political parties and the public,” said Keresoma.

“The credibility of the media’s neutral stance was also questioned and while some journalists faced the wrath of keyboard warriors, others had to face legal challenges”.

The JAWS President says its members are also conscious not to take the digital era and accessibility of information for granted.

“As much as they are aware of constant online scrutiny and attacks, they  continue to stay strong in ensuring that freedom of expression and a free media continues to exist in Samoa,” says Lagi Keresoma.

“On that note, JAWS would like to acknowledge the support of their partners locally and internationally..

“JAWS Executive wishes all media and journalists past and present a happy celebration of the World Press Freedom Day 2022”.