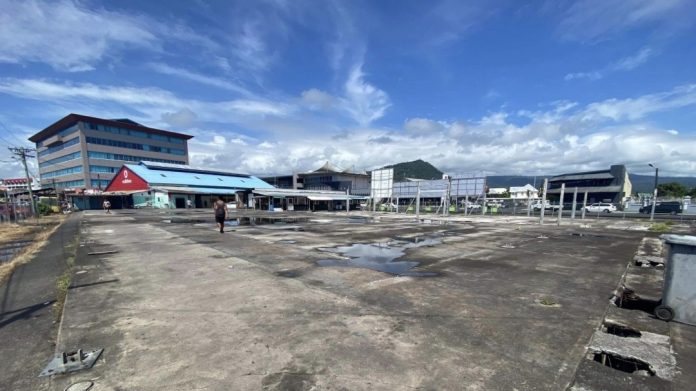 12 May 2022, Apia Samoa. Tenders for the design of the Savalalo flea-market have been received, marking the start of the rebuilding of a local landmark and hub of small business trading.

The Savalalo flea market was destroyed over six years ago in January 2016 by a fire that engulfed the structure.

A source from the Samoa Land Corporation said tenders closed on Tuesday 10th May, and the Tenders Board would now assess and decide on a winning design for the flea market.

“The architectural design will be announced, once the decision is made..”

The popular Savalalo flea market had, over the years, become known for providing rows upon rows of stalls with a wide variety of handicrafts, locally made products and popular food (such as panikeke deep fried kekepuaa) being cooked and prepared on the spot.

The former structure had provided storage facilities for vendors, so they could lock their supplies and products at the flea market, and not have to cart them home each day.

Under the previous administration, plans were announced for the re-location of the flea market to behind the Tui Atua Tupua Tamasese Efi (TATTE) building in Sogi. A decision that was not well received by vendors, many of whom had been relocated to Fugalei to await government’s rebuilding plans.

In October last year, the incoming FAST government announced a Cabinet decision that the flea market would be rebuilt in its same location at Savalalo – adjacent to the bus stop and the fish market.

More than 300 vendors lost their livelihoods when the central market was completely gutted by a fire. No lives were lost, however, vendors lost stock they’d kept on the premises and were unable to operate for months until the Fugalei option was made available.